A précis by Reece Singleton 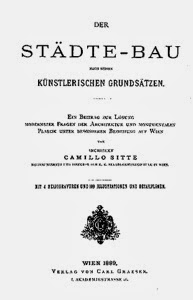 Camillo Sitte’s 124 year old text, 'Der Städtebau nach seinen künstlerischen Grundsätzen' is his most famous and respected critique on 19th century urban aesthetic and city planning. It was arguably ahead of its time as the majority of its arguments are still being widely and fiercely debated today. His main concerns are that of public space (the Plaza) and the interaction of the built fabric of the city within its setting. He describes buildings as oil paintings that must have a good frame to work as a whole. He goes on to criticize contemporary planning technique as ‘unartistic’ and defines the approach to modern planning is seen as a ‘technical problem’. He ultimately tries to redress the lack of artistic flair through his theoretical solutions to public space.

Sitte’s background as Architect and Academic informed his thoughts and theories of how city planning should occur. He frequently brings the focus of the text back to antiquity and looks at how the ancient civilizations managed their public space, going on to say that they were able to marry art with function in a way that was quickly being forgotten in modern city planning. His examples of ancient Rome and Greece describe the essence of the city as Sitte saw it and how space, particularly plazas, could be an overwhelming myriad of experiences from the ephemeral transient journey to the protracted and truly spiritual revelation. He emphasizes how the ancient populations developed their cities in a way that was dominated by open space. Homes were designed around courtyards and public plazas where therefore to be looked upon as open, yet contained public rooms. These plazas therefore, were a space of practical and vital functional use, so the space was integrated into surroundings buildings, creating a rapport between the square and public buildings. 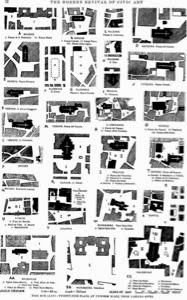 Sitte cites this integration of Plaza and Buildings as a key feature of antiquity that makes squares in the ancient cities of Rome, Pisa and Athens feel comfortable.
Sitte speaks of ancient city squares and plans with great passion and fervor but laments that, in the nineteenth century, we have lost through modern planning techniques the ability to create spaces that feel right, in both scale and decoration. He speaks about the new order of modern public space, its uniform regularity such as the ‘gridiron’ urban form developed in Mannheim and its lack of containment. He says that the modern city plan is thought of too much in plan and little thought is given over to the vertical proportions. Sitte sees the modern square as excessively large and out of proportion to the buildings it is surrounded by. He sees that the regularity of Urban form as ‘boring’ and unappealing to the visitor of the square and that, modern buildings of the era were being used as the basis of public space and that little consideration is given to the public space and overall outcome. He argues that more emphasis is given to the function of public space as a means to lay out a city plan than the overall form which in turn can influence function. He stands against the popular principle of symmetry and geometric design, going on to explain the original principle of symmetry is more aligned to proportion than a mirror image. He speaks against boulevards, street and square widening as embracing isolation and providing too much with which the eye could contend. This is contrasted with the irregularity of the ancient square and how they were considered as a whole with the buildings that encased them and the monuments and artistic flourishes that are equally important, developing the overall form and beauty of the space. 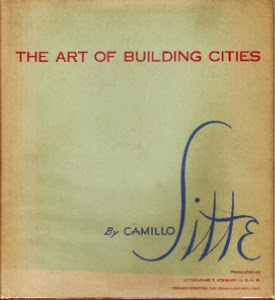 Sitte travels across Europe referencing differing examples of the plaza from Germany, Austria and Italy. Using these key examples he develops a way of understanding the squares of the ancient times and perception of its proportions between monuments and surrounding urban fabric. He argues that there is too much of a trend for isolation with monuments, stating the example that the modern Church is typically placed in isolation in a square, and that consequently rather than making a square, a wide street is created that round the entire distance of the Church. He argues that monuments should not be given over to the geometric centre of public space but should be placed around the edges of the space to provide a backdrop and interest.

He describes modern planning as being to restrictive and obsessed with issues of the day such as hygiene and transport. He goes on to say that by making the city healthier and more hygienic, something that he calls a noble aim and success story, we have created a sterility in the art and design of the city. He suggests that some artistic flourishes would no longer be allowed, such as a sweeping external staircase, for fear of health and safety in icy weather, and deplores the fact that some of these ancient design features will be internalized and lost from the public realm. Sitte again describes his despair at planning becoming a technical exercise, confined to the drawing board of municipalities, with little aspect of competition and creativity, accepting that in these fields pragmatism can come before the picturesque.

In the end of the book, Sitte tables ideas of how to improve the plaza and public space. Using the example of Vienna, his home city, he develops pragmatic solutions to some urban planning issues. He explains how street layouts can affect traffic flow and how best to counteract this, how to ensure the city does not become a monotonous block and emphasizes the importance of views and experience in the decoration and organization of public city space. He goes on to lay a foundation for planners, saying that the detail is not for them, that planning should concern only the streets and city at large and the rest be left to private design.

Although Sitte argues for the use of planning techniques of the ancients, he doesn’t appeal for historical replication of what has gone before. He argues that Urbanism calls for solutions of the day, but that by applying well worn and justifiable principles of years gone by we can create better space for our Cities. His works have influenced generations of Urbanists and Planners, and after falling out of favour, became the inspiration of some of those involved with the Townscape movement. Sitte’s argument for better city planning by embracing the intrinsic artistic nature of humans is a noble one and has led to the development of beautiful cities. Whether we have learned any lessons from his writings and continue to develop in a way he set out is still to be seen. 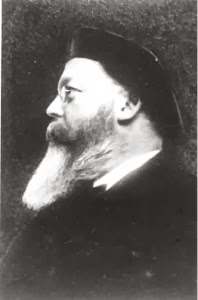 Posted by EAMONN CANNIFFE at 12:38