MA A+U are very glad to welcome a group from the Architecture, Building and Planning department of the Technical University of Eindhoven TUe. The students are in Manchester to study the architectural response to de-industrialization in Manchester and the reuse and redevelopment of urban areas, issues which are also pertinant to the city of Eindhoven. 2010 MA A+U graduate Ed Cutler and Eindhoven student Denny Chen made presentations about their work.

The visiting group is led by Professor Pieter van Wesemael (pictured above) who will also be accompanying them to the 'Theatre of Dreams' to watch Manchester United v Stoke City. 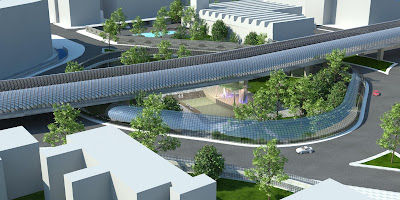 MA A+U student Tuğhan Toz has proposed a transformation of the Cambridge Street Junction of the Mancunian Way as his contribution to the 'Lost in Space' project. His design provides amelioration of the hostile environmental conditions, and appropriation of the underused public realm as external studio space for the adjacent new home of the Manchester School of Architecture
Posted by EAMONN CANNIFFE at 08:59 No comments:

As part of his project for 'Lost in Space' MA A+U student Edward Patton has reconstructed the legendary but long-vanished Pomona Palace which provided entertainment for Victorian Manchester. The building was destroyed in a chemical explosion which contaminated the surrounding land for decades. You can follow Edward's work here
Posted by EAMONN CANNIFFE at 06:10 No comments: 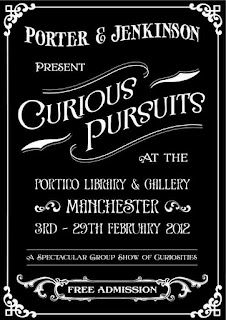 We are pleased to announce that MA A+U student Damien Woolliscroft has had his work selected for the forthcoming exhibition at The Portico Library in Manchester. The exhibition, entitled Curious Pursuits, has been curated by Porter & Jenkinson and will be open to a discerning public between 3 - 29 February 2012. Follow Damien's work here. 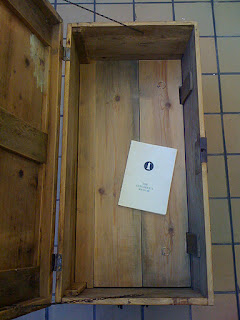 Posted by EAMONN CANNIFFE at 12:03 No comments:

A book review and commentary by Simon Carder 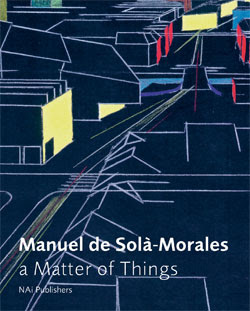 The purpose of this review is to provide a narrative summary of the content of the Manuel de Sola Morales (MSM) work and provide a conclusion regarding its effectiveness, and possible applications
It would seem that the intention of this volume is to provide a helpful work to facilitate a more dynamic, appropriate and informed response to challenges peculiar to that of the urban condition from centre to periphery. In an effort to be as clear as possible the book is split into digestible portions that try to describe Manuel’s comprehension of the city, giving summative subtitles' in an effort to further clarify the point for each section.
Projects are grouped under three headings;
1. To Create a Place (Things Invented)
2. Condensed Form (Things Overlapping)
3. Heterogeneous Accumulation (Things in Conflict)
There are three commentaries that follow each project set;
1. The Strategic Gaze
2. The Compulsive Gaze
3. The Anxious Gaze
These commentaries go some way to encapsulate the methodology, the way we can comprehend, see or look, at the urban fabric.
Sola-Morales compares his actions in the urban fabric to one who practices acupuncture or surgery, making precise moves. He then proceeds to ‘show’ how he has resolved complex challenges with reference to projects that he has tackled.


As with many architectural publications it can be difficult to effect the level of clarity necessary to truly enlighten readers of modest understanding to the remedies applied to an individual project of the type of complexity and difficulty demonstrated in the projects discussed in ‘A Matter of Things’. So to attempt to do so adequately with nearly twenty projects in such a small volume seems, at best, hopeful.
There are points to be drawn from these projects however, that can direct the individual to consider a wider scope of options when looking for a solution to urban conundrums. How to ‘activate’ remote or disjointed spaces throughout a given section of the city, in this publication many along the coast, has in many cases remained the holy grail of urban designers. Many have tried and few have had lasting successes after the novelty of the initial architectural intervention has faded into the commonplace.
One approach, highlighted in the project in Leuven, is to consider designing space below the ground plane when looking for solutions to untangling complex intertwined pathways. Here MSM separates bus lanes, domestic and commercial vehicles from pedestrian pathways reclaiming a monument previously neutered and a space made dead to all but the metal and rubber of vehicles. MSM has successfully reclaimed and re-established the public space, replaced the monument as the dominant structure there and provided increased pedestrian traffic for those businesses that edge the square no doubt improving their financial viability, so important to the vitality of a city.
Not only is this a bold move, but this is one that has been successfully implemented to the benefit of all parties, truly a difficult task to accomplish. It is a comparatively simple task to be creative in solutions for the city yet far more problematic to see idea turn into reality and that work. Examples abound of urban intervention that have critically failed to the chagrin of the architectural profession where our education in such matters should be exemplary in this most public of realms.
Another method that is successfully demonstrated is that of transitional architectural intervention as demonstrated in the project at Porto, Portugal. Here an arid city edge, fronted by a multilane highway against the sea shore, presents an opportunity to increase the local verdure by introducing a newly landscaped park which connects under the freeway whilst an elongated bridge provides transition from urban to coastal via an almost translucent building.
This transitional architectural intervention is designed to be as visually permeable as possible, whilst providing a winding decent/ascent to or from the beach facilitating gradually changing views which enables a kind of visual acclimatization before actually making contact with the starkly different but now linked spaces. The lesson here is rather than a building becoming a demarcation it can become a place of transition, providing an opportunity for visual acclimatization between two very disparate environments, the crowded urban to the uninterrupted view of the sea’s horizon.
Seeming less successful, at least in its presentation as a project in this work, is the conversion of an old world war two submarine base established by the Nazis’ in the port of Saint Nazaire. The port area is hard and poorly connected for the use of visitors and locals alike. Although a new car park and a long transitional ramp, similar to that found at Porto, provided to the roof of the submarine base seek to create an opportunity for some sort of vista it looks like a very bleak outlook and one hardly worth the effort to visit more than once.
By contrast is the cavernous interior of the base that has the benefit of large lengths of water where submarines once sheltered from attack below the monolithic concrete structure that now allows that particular type of light reflecting from the water below to play on the ceilings above. However the interior interventions are lost in the scale of structure, floating as it were, in the spaces in a similar way to its previous tenants. Unless you are a fan of type of oppressive environment beautifully illustrated in the underground lairs of ‘The Matrix’ this space is particularly unattractive. Even MSM seems to be at a loss as to a definitive use for this new space.
In addition to the projects there are a number of narratives that attempt to clarify how MSM has approached his grouped projects. The way in which he sees/comprehends the urban fabric and possible solutions are termed as a ‘Gaze’. So we have the Strategic, Compulsive and Anxious Gaze. These explanations, or overarching narratives, are not sufficiently succinct to provide really useful information or insight into how MSM is operating, and this may be due to the fact that many design decisions are more intuitive rather than scientific in their origin.
In conclusion then, here is a work that does provide some thought provoking material but finding that which is of value is a little like panning for gold. If fewer projects were interrogated in more depth and more material including images were provided this may have helped greatly. Add to this an accompanying narrative to outline the purpose of actions taken in each project and the reader could have an interesting publication for future reference. As it stands ‘A Matter of Things’ provides a showcase for some of Manuel de Sola Morales impressive projects but requires a certain degree of diligence on the part of the reader to extract what useful information he can.

Posted by EAMONN CANNIFFE at 06:41 No comments:

Architecture + Urbanism recommends 'Bata-ville: We are not afraid of the future' 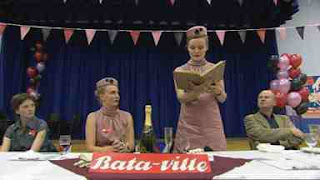 A special screening of the film Bata-ville: We are not afraid of the future

The Manchester Modernist Society present a screening of the award-winning Bata-ville at 6pm on 26 January 2012.

Written & directed by Northern Art Prize Winners Karen Guthrie & Nina Pope, Bata-ville (90mins) is a bittersweet record of an English coach trip to the origins of the Bata shoe empire – the Moravian town of Zlin - a place described by Le Corbusier as a "shiny phenomenon".  Against the backdrop of economic regeneration in their communities, former employees of two now closed UK Bata factories are led by artist / directors Pope & Guthrie on a unique journey through Bata’s legacy and across a changing Europe. 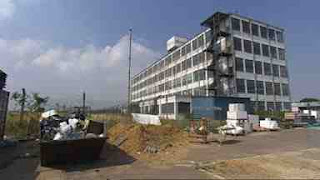 What begins as a free holiday soon becomes an opportunity for a collective imagining of what Tomas Bata’s inspirational maxim, “We are not afraid of the future” can mean in twenty-first century Britain.

The screening will be preceded by Hush (10mins) by Lynne Pettinger and Will Montgomery.

Register in advance for this free event here

The screening will be in the MMU John Dalton Building on Oxford Road, Manchester.  Please use the main entrance on Oxford Road (virtually opposite the old BBC building) and follow the signs.

Posted by EAMONN CANNIFFE at 06:41 No comments: