During the interregnum following the manchester school of architecture's departure from its former home (an event forever to be known to history as 'The Defenestration of Chatham'), and before our temporary relocation to the John Dalton Shed MA A+U will be meeting in the new RIBA Hub on Portland Street Manchester. Come along and see what we are up to on 30 June, and the following Thursdays in July.
Posted by EAMONN CANNIFFE at 06:10 No comments: 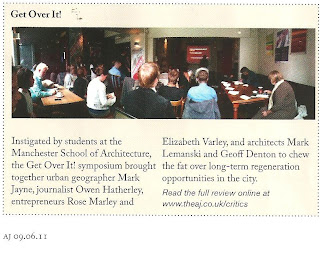 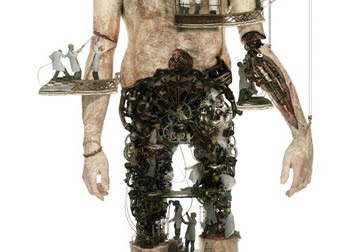 As a contribution to the msa degree show for b.a. and b.arch degrees ma a+u will be showing some footage from the current academic year in 712 Chatham on the open evening 17 June. Everyone is welcome to join us getting over it.
Posted by EAMONN CANNIFFE at 08:09 No comments: 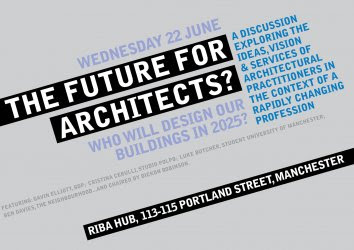 Building Futures presents a panel debate to discuss its latest publication ‘The Future for Architects?’ - a report that explores the future role of architects. The debate will explore the ideas, vision and services of practitioners in the context of a rapidly changing profession, asking - who will design our buildings in 2025; what roles will those trained in architecture be doing then and how will architectural practice have changed as a result?

This event is FREE but booking is essential. To reserve your place, email: BuildingFutures@inst.riba.org 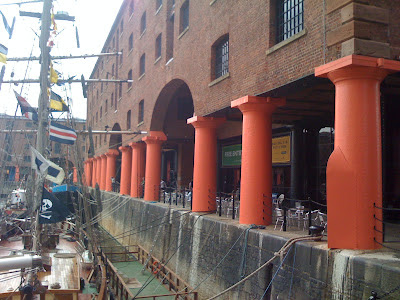 A brief review of the current exhibition James Stirling: Notes form the Archive at Tate Britain appears here
Posted by EAMONN CANNIFFE at 07:06 No comments: