In 2001, architect Rem Koolhaas and filmmaker Bregtje van der Haak went to Lagos to document one of fastest growing cities in Africa. Based on research by Koolhaas' Harvard Project on the City, this interactive film presents an intense and chaotic engagement with a then hardly documented city, capturing multiple perspectives of a volatile moment in its evolution. 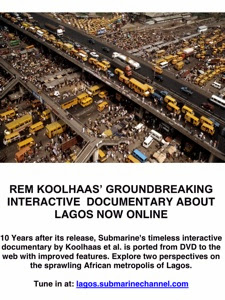 Posted by EAMONN CANNIFFE at 13:09 No comments:

Where are they now? Number 13

MA A+U graduate Justina Job was recently in Venice for the presentation of a group project from the University of East London 'A portal between two cities: enhancing the dialogue between Venice and London' which is installed in the Doge's Palace during this year's Architecture Biennale. Who should drop by to admire the students' work but Charles Jencks? The eminent architectural figure is pictured below with Justina and other members of the team. 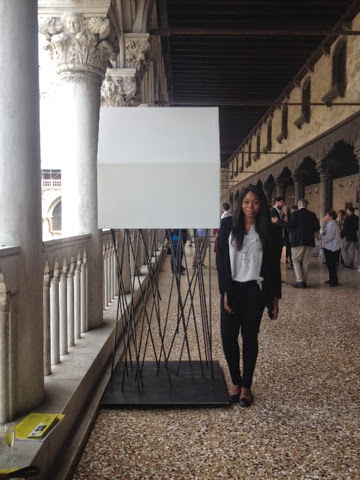 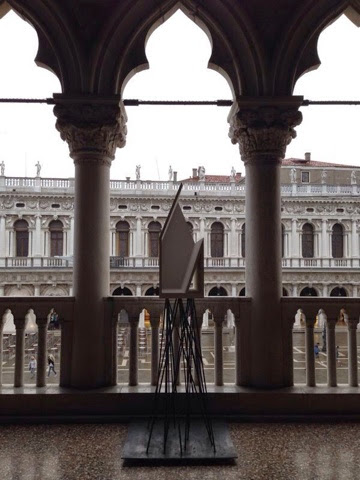 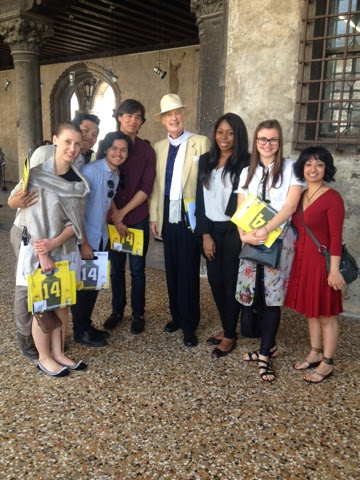 Posted by EAMONN CANNIFFE at 09:30 No comments: