Rowe x Ungers: Untold Collaborations on the City during the 1960-70s at Cornell

Extensive architectural research and assessment have separately addressed the work of Colin Rowe and Oswald Mathias Ungers. Now, as the profession is in a constant search for tentative alternatives, a comparative understanding of Rowe and Ungers’ impassionate pedagogical discourse within the turmoil of their time permits us to refocus on important issues of architecture and the city relative to the pedagogical goals being pursued at Cornell.

Latent collaboration and competition marked the period when Rowe and Ungers both taught at Cornell. Due to bureaucratic situations and institutional grievances, the relationship has not been recorded as being mutually profitable. But the state of confusion in which architecture existed in this tumultuous period — not dissimilar to the discipline’s current cacophony — allowed for a common aspiration and rigor in promoting a theory of architecture that envisioned new methodologies and modes of thought. Despite the infamous stories of conflict, it is more important to note their mutual understandings of critical conditions for architecture, and the urgency to establish new grounds for projective productions.

A comparative understanding of their work is significant for us today for several reasons. Theoretical armatures were constructed through the disciplinary languages of architecture as a means for exploring a mode of operation resistant, yet critical of the political, social, economic, cultural turmoil of the period. To project beyond the “post” Modernism infused aura of reclusive banality of the picturesque and sci-fi utopianism, they sought the possibility of a disciplinary autonomy that would actively engage, not ignore, society in the conceptualization of architectural languages through the city. As important to both was the methodology they employed to analyze, develop, and test their thesis of architecture and city. Their work was based on extensive research and analysis, processed through iterative adjustments of pedagogical frameworks. Studio and thesis projects became laboratories of larger methodological experiments and publications and exhibitions were utilized as tools of analytical production. As critically, architecture and the city were understood as flexible systems in constant flux. They both shared the urgency for an alternative path between the ideological resistance of the existing city and the authoritarian trauma of modern planning. Urban strategies were deployed as malleable mechanisms in which object and field are in continuous dialogue and network systems accommodating the inevitable changes and transformations of urban conditions. It is through the process of theory, research, analysis and speculations that the Collage City of Rowe and Cities within the City of Ungers became projective manifestos to test and investigate the new directions in architecture and city that were critical of the disciplinary anxiety of the times and proposed an urban vision for the new collective. This is what remains pertinent to us now.

If the decades of the 60s and 70s are recognized as a period when modernist ideals were questioned and the profession was infused with doubt and self-questioning, we find ourselves in a similar situation today, as the practice struggles to identify its position within the multiplicity of aphasic spectacles and discord of heterogeneous complacencies. In this sense the critical modus operandi of Rowe and Ungers can be regarded as a tool for re-engaging and critiquing the discipline in its current state. To know what is to be, we need to know what was before.

The exhibition is being curated by Yehre Suh.

Ed Cutler has been filling in a gap
Posted by EAMONN CANNIFFE at 12:10 No comments: 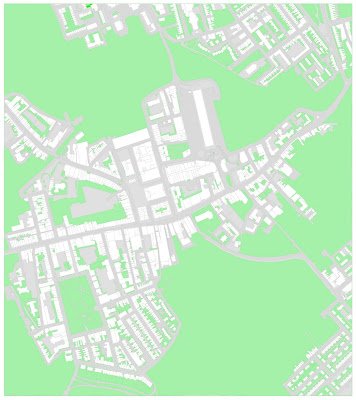 Natasha Gershfield has been exploring the potential urban form of Preston
Posted by EAMONN CANNIFFE at 03:32 No comments:

Welcome to the MA Architecture + Urbanism at the Manchester School of Architecture. Registration may be completed online from 23 August 2010 here

Information regarding registration at the University of Manchester will be available from the beginning of September 2010.

What should the students bring?

A powerpoint presentation of 5 slides explaining their experience and ambitions for the course. Students should also have read some of the books listed in the bibliography on the right hand of this blog

It is anticipated that there will be a course field trip to Rome in the week commencing 1 November 2010. If in the meantime you have any other queries before your arrival please do not hesitate to contact me.

The film shows the funeral of Enrico Berlinguer in Piazza San Giovanni, Rome in 1984
Posted by EAMONN CANNIFFE at 10:00 No comments: