PHENOMENOLOGIES OF THE CITY: STUDIES IN THE HISTORY AND PHILOSOPHY OF ARCHITECTURE

This edited volume volume presents a synthetic overview of recent thinking on architecture, the built environment and urban culture that draws on the insights of phenomenology. It gathers an international group of leading scholars, many of them graduates or former members of the Architecture Department in Cambridge, who have explored the relationship of philosophy and architecture in a wide range of historical and geographic contexts. The book focuses on the new perspectives that may be gained from phenomenology specifically in relation to understanding the cultural and ethical challenges of today’s urban environment.

The most well-known publications on architectural phenomenology remain those of a previous generation of scholars who published their works over thirty years ago, such as Christian Norberg Schulz’s Genius Loci (1980), Gaston Bachelard’s La poétique de l’espace (1958) and Steen Eiler Rasmussen’s Experiencing Architecture (1959). The achievement of this first generation of architectural phenomenologists was to bring to the fore the multiplicity of aspects involved in the individual encounter with a particular architectural context, opening the depth of cultural, bodily and imaginary elements. However, these earlier authors have also tended to sanction romanticised preoccupations with individual spiritual experience and personal poetic imagination. As a consequence, phenomenology in architecture has neglected the social and shared aspects of the encounter with the built environment and with the city that are so critical to the discipline of architecture. The focus of this book is therefore exploring how phenomenology can be developed in architectural thinking in relation to the more collective domain of the city, its settings, politics and culture. In this way the essays collected in this book show how architectural thinking transforms phenomenology in order to generate new insights of relevance to ongoing ethical and cultural concerns in architecture and urbanism. 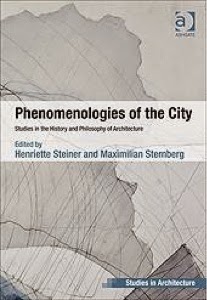 Posted by EAMONN CANNIFFE at 09:23 No comments:

MA A+U full time (12 months) or part time (24 months) modes are two of the routes eligible for a 20% discount on fees for post graduate taught courses being offered to MMU Alumni.

'Studying for a taught postgraduate degree can increase your skills and knowledge in your chosen profession making you more employable and a more attractive candidate to employers. In today’s climate, it is increasingly important for your CV to stand out and a taught postgraduate qualification can be a way of achieving this. We want all our graduates to have the best possible chance of maximising their career success. Our Alumni Loyalty Discount reduces the burden of further tuition fees and encourages our undergraduates into further study. Eligible alumni receive a 20% discount on their taught postgraduate tuition fees when they enrol as a new student on one of our eligible full-time or part-time postgraduate taught courses starting in September 2015*.' 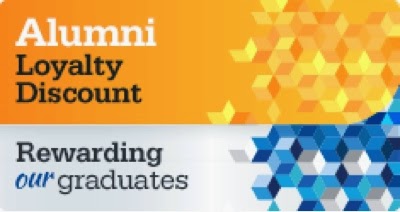 The deadline for application for the 2015-16 MMU Vice-Chancellor International Scholarships for Taught Postgraduate programmes such as MA A+U is June 30 2015. 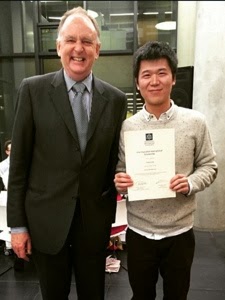