Postgraduate VC International Scholarships MMU is delighted to be making available a number of scholarships - each to the value of £3,000 to overseas students who enrol on our full time postgraduate taught programmes. Who can apply? You can apply for an award if you: are an international student (classified as ‘overseas’ for tuition fee purposes) AND have an offer of a place on a postgraduate taught course at MMU for September 2011 entry or January 2012 entry AND are not currently registered on a postgraduate course at MMU How to apply Download the application form here and email your completed application to vcscholarships@mmu.ac.uk. 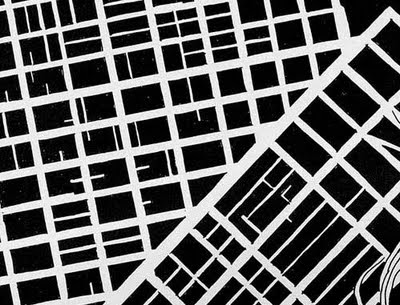 THE PRIMACY OF SPACE
The contemporary city, the city that is, at this moment under construction, is invisible. But the contemporary city has not been forgotten or deliberately ignored as it has remained unseen. It is wisely said that “it is not the built form which characterizes the contemporary city, but the immense space over which the built form has little or no control”. There has always been a considerable doubt as to where an abstract urban form has ever existed. Hence the grid transformation has not only bought about the primacy of space, but a separate and distinct form of urban organisation which will be identified as ladder
THE OPEN CITY
The grid is assumed to have a formal simplicity. It is considered as a bureaucratic matrix, a network of territorial control or even a literal mesh of cage. It can be considered as a predictable as well as indeterminate, prescriptive as well as ambiguous. Hence a grid is considered as “strong as well as weak”. But it is seen that due to the urban pressure, the 20th century planners promoted the disappearance of the grid. The reformers defined the grid as an “ instrument of reductivity” of social organisation. But the analysis of the built form suggest that the link between the simplicity of the grid and complexity of the urban environment is beyond debate.
CENTRIPETAL AND CENTRIFUGAL GRID
The grid can be defined by the polarities of icon and apparatus, its order and complexities, strong and weak suggesting its two different organisational characteristic. Rosalind krauss’ defines both the grids with respect to LARGER SPATIAL FIELD.
The centrifugal grid shows an infinite and unlimited expansion in all the directions. It is basically termed as an open system and assumed to not be or have a form of itself. It has an explosive character. It is considered to be a fragment of an vast expansion and can never be understood entirely. According to krauss it is termed as a staircase to the universal.
On the other hand, centripetal grid is explained as a enclosed figure. The limits of this grids are known and has an implosive character. The main characteristic of this grid is that has boundries and has an symbolic form and hence is interpreted as a strong icon.
MANHATTEN 1811
In the 19th century , the characteristics of a lot of western cities were centrifugal organisation dominated. One of the finest example was the newyork city which showed urban transformation due to industrial development. Peter Marcus analysed the grid transformation and categorised it in the following
1.) Precapitalist city
2.) Laissez-faire capitalism
3.) Mature capitalism
URBAN TRANSITION
The city which we imagine today is an open city, but this city is out of synch. The gridded space which is assumed as centrifugal, is rather closed. Hence the centripetal urban grid would be reffered to as turning into something else. This something else would be reffered to as LADDERS – the centripetal reconstruction of the postwar city.
THE LADDER
After the 19th century city collapsed, the characteristics of the contemporary city began to emerge. Fragmented grid was produced which was was the residue of the spatial displacement. Due to the erosion a discontinuity of urban grid happens, hence an exterior condition is produced. In the ladder, certain characteristics of urban form exist, but the spatial qualities are different.
Lets take a demonstration:
When these 10 points are placed on a open grid, several routes can be worked out to interconnect each point. Multiple options are available. The grid opens out to a lot of possibilities of iternaries. But when the same 10 points are placed on a ladder, only one route works out which interconnect all the points. The ladder generates a feeling of closed system.
LINEAR CITY
The linear city occupies a significant position in the development of the modern city. The expansion of garden city was limited but the linear city was considered as open ended limitless expansion. Linear city can fall into two broad categories. First is the band type. This model was proposed by N.A.Miluten. he proposed 6 parallel zones along the river Volga. Each band had a functional criteria. But there was no connection between any of these 6 bands. Each band could expand individually. But the one proposed by ivan leonidov was addressed as an important model.
The second type was organised along a centralised hierarchical spine. The spine comprised of institutional buildings like schools, hospitals etc. Since the spine had a direct connection to the path of transportation, there was a scope of formation of new spines.
HILBERSEIMER
HILBERSEIMER can be called as the prime theorist of the ladder. He had a great deal of study on urban cell and its effect on mass deployment which led him to form the german zeilenban(row houses). But then in his new phase, he abandoned the cellular inscription with urban inscription having transparent skin structures in a series of parallel spines. He developed a configuration called “settlement unit” which later became the primary unit of all his urban proposals.
THE ELLIPSES
To distinguish the characteristics of the imploded space and relating it with the contemporary urban form, the space is termed as an ellipses. It is not caused due to delay or uneven development or fluctuations in land market value. It is a result of the centripetal development. Due to the formation of the elaborate skywalks and tunnels, a virtual second city is formed over and below the existing city. As the remapping of the city centre happens, the grid implodes and collapses into space and 2 conditions are formed : the ladder and the ellipses.
A SPATIAL DOMINANT
According to jamesons, postmodernism was not just a style, but an actual manifestation of economic development. It comprised of the binding of the superstructure with the infrastructure. He says it is the collapse of the temporal. According to him, when the modernisation succeeds in eliminating the premodern organisation, and only the modern exist, then it is already postmodernism.

THE CENTRIPETAL CITY
The centralised polynuclear expansion when first implemented was both innovative and traditional. But when this model started to fail, the city got trapped into a conflict where neither the traditional urban strategies could die, nor new urban strategies could emerge. These weak metropolitan form gives rise to ladder. It is important to understand how exactly the centripetal expansion happened. The replacement of the universal continumm by the binary inside/outside of centripetal development was the main reason for urban development.
CENTRALISED POLYNUCLEAR EXPANSION
The centralised polynuclear expansion was invented by Ebenezer howard aout a 100 years ago. This structure consist of a centralised core around which new nucliee gather in dispersed but centralised form. This is how the expansion happens. Although this model did not survive long, but it gave an idea of contemporary metropolitan organisation. Due to the weakning of the centralised polynuclear expansion, a polycentric mode started being accepted widely. But even these exurban nucliee failed giving a thought to find an alternative and stronger metropolitan model.
THE SPIRAL
IT IS QUITE INTERESTING TO THINK HOW THE METROPOLITAN would be, had it not been weakned by centripetal expansion. After the world war 2, the metropolitan masses became so problematic and dangerous, that it could no longer take a concrete form. The greater consequence of centripetal expansion was that it affected the dissappearence of an emmence metropolitan crowd.
From the figure, one can observe the pattern of movement through the space leading directly to the centre. This pattern traces the figure of a discrete spiral through a succession of overlaid uran armatures. The spiral begins with a primary urban freeway to the feeder to the collector to the development spine to driveway. Each segment devolves into the next smaller development. The path of the open grid is theoretically infinite in both the directions. Unlike the spiral, it can never have an endpoint. But a spiral is closed and singular and is obtained due to its form.
THE DISORGANISATION OF SPACE
The ease with which the critiques of the contemporary city are made are for the cities present condition and not the potential of its original form. Since there is always a dialectic between the urban form and space, the excessive degree of organisation in the enclave triggers an excessive degree of disorganisation in the residuum. Now the exurban disorganisation can be understood better when put in contrtast with a highly formed organisation of the enclave. It emerges not as an effect of forces surging out of control, but due to lack of structured organisation.
CONCLUSION
REYNER BANHAM once stated that “the second world war was fought to make the world safe for modernism. Modernism was nothing if not an historist reaction to culture of architecture. When oserved it can be seen that it had an autonomy to architectural artefact and to reveal its formal, cultural intentions. It had an ability to both, reference autonomous form and powerful historical moment. The unoccupied and the neglected space like the parking lots, undeveloped lands, buffer zones are considered as absences or empty centres, but truely speaking these are the spaces with a lot of potential. 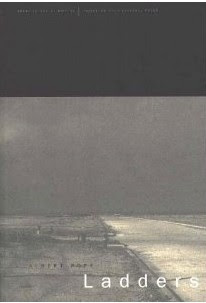