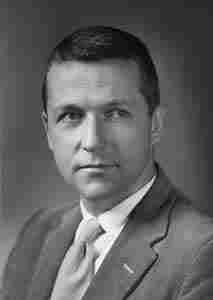 Discussed by Zhouzhi Yu Kevin Lynch, who was an American urban planner, graduated from Yale University and MIT. As one of scholars who introduced the field of psychology into city research, he wrote the book The Image of the City in 1960. It is the most influential book of the research. The image of three cities - Boston, Jersey City and Los Angeles- are descried with two methods which are the sketch map and descriptions. After the investigation and analysis, Lynch put forward some ideas about the concept of public image, and discussed some questions such as the image of the city, its elements and urban morphology. In the first chapter, the book develops some of the basic ideas and then introduces the visual quality of the American city by studying the mental image of a city as held by its citizens. The author intended to assert that legibility is vital in the urban setting, to analyse it in some detail and show how the concept might be used in rebuilding cities in that period of the 1960s. Not only that, Lynch also concluded that the image of a given reality may vary significantly between different observers. Although each individual creates and feels his own image, there seems to be considerable agreement among members of the same group. Hence the results of various observers could be used to analyse the city. Considering that method, since the emphasis was on the physical environment as the independent variable, this study looked for physical qualities which related to the attributes of identity and structure in the mental image, because an urban environment's image may be analysed into three components: identity, structure and meaning. Lynch made an example to show that the city of Venice might be such a highly imageable environment. The following chapters consider the analyses of the three cities of Boston, Jersey City and Los Angeles for urban design, on the basis of which Lynch gave five elements of urban image. There are paths, edges, districts, nodes and landmarks respectively. Paths are the streets, sidewalks, trails and other channels in which people travel. In Lynch’s view, these parts of the city are the routes along which the observer customarily, occasionally, or potentially moves. People usually observe the city while moving through it, and along these paths the other environmental elements are arranged and related. Observers could witness paths easily in the city but usually ignore another element, edges, which are not used or considered as paths by the observer. Lynch concluded that edges should be perceived boundaries such as walls, buildings, and shorelines; they are lateral references rather than coordinate axes. Such edges may be barriers, more or less penetrable, which close one region off from another; or they may be seams, lines along which two regions are related and joined together. These edge elements, although probably not as dominant as paths, are for many people important organizing features, particularly in the role of holding together generalized areas, as in the outline of a city by water or a wall. Actually, edges are often paths as well. Where this was so and where the ordinary observer was not shut off from moving on the path, then circulation seemed to be the dominant image. The element was usually pictured as a path, reinforced by boundary characteristics. Edges may also, like paths, have directional qualities. Furthermore, both paths and edges are shape districts, the third element. Districts are relatively large sections of the city distinguished by some identity or character. Observers mentally enter the medium-to-large sections in the city and conceive of the space as a two-dimensional extent. Therefore concepts of size may depend in part on how well a structure can be grasped. It seems to depend not only upon the individual but also upon the given city.

When observers put themselves into the districts and grasp the structure, the nodes would be the first attraction. The reason is that nodes are focal points and intersections. In Lynch’s view, on one hand, they may be simply concentrations, which gain their importance from being the condensation of some use or physical character, as a street-corner hangout or an enclosed square. On the other hand, some of these concentration nodes are also the focus and epitome of a district, over which their influence radiates and of which they stand as a symbol. They may be called cores. Many nodes, of course, are engaged in the nature of both junctions and concentrations. Nodes are the strategic foci into which the observer can enter, typically either junctions of paths, or concentrations of some characteristic. Indeed, when conceiving the environment at a national or international level, then the whole city itself may become a node. For example, the subway stations, strung along their invisible path system, are strategic junction nodes. And major railroad stations are almost always important city nodes, although their importance may be declining. Nodes may be both junctions and concentrations, as is Jersey City’s Journal Square, which was an important bus and automobile transfer and was also a concentration of shopping. A strong physical form is not absolutely essential to the recognition of a node. The last one of the elements is landmarks. Landmarks are another type of point reference, but in this case the observers do not enter within them, they are external. The point references are simple physical elements which may vary widely in scale, such as building, sign, store or mountain. They may be within the city or at such a distance that for all practical purposes they symbolize a constant direction. Some landmarks are distant ones, typically seen from many angles and distance ones, over the tops of smaller elements, and used as radial references. Other landmarks are primarily local, being visible only in restricted localities and from certain approaches. Furthermore, spatial prominence can establish elements as landmarks in either of two ways: by making the element visible from many locations, or by setting up a local contrast with nearby elements. Location at a junction involving path decisions strengthens a landmark. They are frequently used clues of identity and even of structure, and seem to be increasingly relied upon as a journey becomes more and more familiar. All five elements introduce how the image of the city expressed itself, then Lynch continued to develop his theory and researched city form. He took Florence as a single further example. It is obvious that the elements isolated above - the paths, edges, landmarks, nodes and regions - are the building blocks in the process of making firm, differentiated structures at the urban scale. In conclusion, the sight of the cities may be commonplace but still give a special pleasure in terms of the five elements. On the basis of these in-depth analyses, Lynch summarises that there is a new scale. The form of a city or a metropolis will not exhibit some gigantic and stratified order. Moving elements in a city, and in particular the people and their activities, are as important as the stationary physical parts. The image is the result of a two-way process between observers and observed, in which the external physical shape upon which a designer can operate plays a major role. That is the reason that the methods of field reconnaissance and sample interviews for imageability were developed. 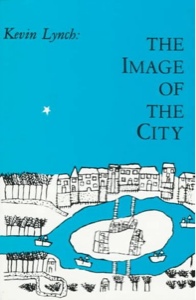 Posted by EAMONN CANNIFFE at 11:25