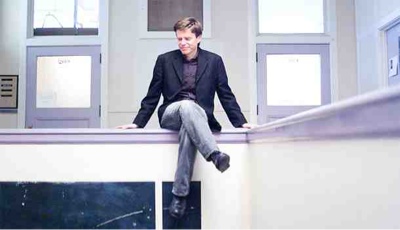 Simon Sadler, born in 1968 in Solihull, West Midlands, is a professor of Architectural and Urban History at the University of California. His publications study the architectural ideas of the Archigram group, the Situationists, and other experimental practices. He wrote “The Situationist City” in 1998, trying to search for the Situationist ideas among the detritus of tracks, manifestoes, and work of art that they left behind. His intention, as mentioned in the introduction, is to draw out the common ground among the avant-garde groups that contributed to Situationism, rather than their considerable differences.   The foundation of the Situationist International (SI), and of their journal “Internationale Situationiste”, can be located in July 1957, when eight delegates, “in a state of semi-drunkenness”, met in a remote bar in Italy. They represented two key groups with different features: on the one hand the Lettrist International (1952-57), dominated by Guy Debord, whose inclination was directed toward the minimal and conceptual rather than the visual. On the other hand, there was the International Movement for an Imaginist Bauhaus (1954-57), whose founder Asger Jorn preferred an expressionist approach to the production of art. The former was specifically urban, grounded in Paris (a city considered at the moment the cultural centre of the world), the latter was removed from the metropolis being located in the Italian towns of Albisola and Alba. Yet both strands were highly politicized: the will to keep expressive social revolution at the core of the avant-garde had preoccupied also the COBRA group of artists and writer (1948-51), and in particular one of its leading light Constant Nieuwenhuys.     The structure of the book The book is organized in three parts: the first one, “The Naked City”, is a critique of the environment as it currently existed; the second one, “Formulary for a New Urbanism”, examines Situationist principles for the city and for city living; in the final part, called “New Babylon” are described the designs actually proposed for the Situationist city.   The poverty of modernism The Situationists though that Le Corbusier and his allies had instituted architecture of right angles and cadaverous rigidity. The machine for living in, rather than liberating the common man, was interring him as a component of functionalist society, leaving no space for poetry and dreams. Genuine social progress, as they argued, should not subsume the individual, but maximize his freedom and potential. On the contrary, the triumph of reason in the modernist’s city had left no space for imagination or expression. As Guy Debord stated, “unitary urbanism acknowledges no boundaries; it aims to form a unitary human milieu in which separations such as work/leisure or public/private will finally be dissolved”, providing spontaneous manifestations of social life. The Situationist city was at odds with the Corbusian vision of people at ease in an ideal landscape, a place where the struggle with nature, with the body, with space, and with class had inexplicably come to an end. The Ville Contemporaine was forever contemporary only by freezing time and ending history. 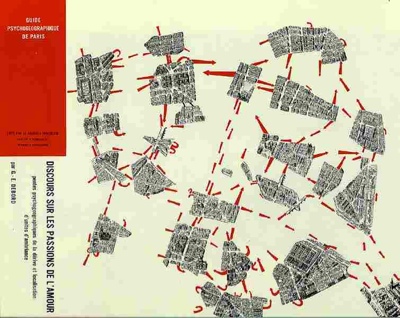 The Naked City The Naked city was the second psychogeographic map, and was designed by Debord and Jorn in 1957. It expresses the incompatibility of Cartesian logic with the real experience of the city, characterized by the intimacy between environment and human emotion. Rather than float above the city as some sort of omnipotent all-possessing eye, the Situationist overview of the city was reconstructed in the imagination, piecing together an experience of space that was actually terrestrial, fragmented, subjective, temporal and cultural. The arrows implied a massive number of permutations for drift. The weight, shape and patterning of the arrows suggested the strength of the bonds between the so called unities of ambiance, those places with special qualities within the turmoil of the city.Its importance is recognizable as it mourned the loss of old Paris, prepared for the city of the future, explored the city’s structures and uses, criticized traditional mapping, and investigated the relationship between language, narrative and cognition.     Constructing situations “We must try to construct situations, that is to say collective ambiances, ensembles of impressions determining the quality of a moment” (Debord). The constructed situation was conceived as a twenty-four hour tragedy played out for real. It would stimulate a new sort of behaviour, an improved future social life based upon human encounter and play. It is possible to relate this feature of the constructed situation with experimental theatre, both being founded upon the concept of active rather than passive participation.     Revolution No post-war avant-garde aspired to the mantle of revolutionary radicalism more fervently than the Situationists. They promised that their architecture would one day revolutionize everyday life and release the ordinary citizen into a world of experiment, anarchy and play.   Drifting as a revolution of everyday life Wandering around the city, drifting without destination, neither going to work nor properly consuming, was a waste of time in the temporal economy, in a society where “time is money.” Being an occupation that was unproductive of anything except encounters with other people and places, the drift became a transgression of the alienated world. A “détourned” city Détournement can be defined as a variation on a previous media work, in which the newly created one has a meaning that is antagonistic or antithetical to the original. A similar term more familiar to English speakers would be “turnabout” or “derailment”. “The architectural complex will make plastic and emotional use of all sorts of détourned objects”.(Debord) The Situationists’ disregard for any conventional sense of “high” and “low”, for architectural decorum or uniformity, and their advocacy of a free mixing of architectural sources, had extraordinary aesthetic implications.   Unitary Urbanism The Situationists conceived a city constructed of grand situations, between which the inhabitants would drift, endlessly. Urban dynamics would no longer be driven by capital and bureaucracy, but by participation. This idea rejected the idealistic quest of fixed forms and permanent solutions that had been the basis of traditional town planning, considering “the urban environment as the terrain of a game in which one participates”, the city as a giant playground and architecture as a medium of social contact. 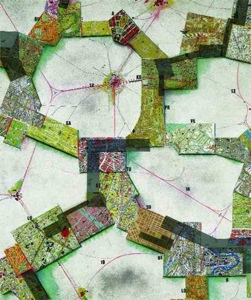 New Babylon's Structure The city is raised on pilotis above nature and old cities, thus providing an extension of the Earth’s surface, a clean sheet for three-dimensional urban planning and growth. It is precariously suspended over entire cities and countries, making literal Debord and Jorn’s invocation of a “floating city”. It is also comparable to Yona Friedman’s spatial urbanism. It was based upon a system of movable partitions within a fixed framework, so that spaces could be constantly mounted and dismounted.   New Babylon’s utopian fun The sovereignty of fun and leisure generated the plan of New Babylon. New Babylon’s space frame was ideally suited to the creation of transitory, amorphous architecture, fantastic vistas and fertile space, ready for homo ludens to let his imagination run wild. Fun would not be a break from work or social normalcy; it was not something to be treated as a sinful diversion from work, nor a commodity peddled in specialized leisure centres.   Disorientation   Every space is temporal, nothing is recognizable, everything is discovery, everything changes, nothing can serve as a landmark; “the changing of landscape from one hour to the next will result in complete disorientation”. New Babylon was one immeasurable labyrinth, a “dynamic labyrinth” rather than a “classic labyrinth”. The disadvantage of the latter is that the subject is distracted by the fact that there is a destination, the centre. Moreover, the dynamic labyrinth would be determined by the users since they could choose their trajectories at the macrolevel, while retaining the option to reshape the labyrinth at microlevel using the mobile elements.   Conclusion The movement, despite its lack of unity, had a great influence:  orthodox modernism came to be regarded as practically inhuman. Strict zoning lost favour to mixed use, and many city centres became dominated by leisure use, even if it was of course a commercial rather than anarchic leisure. On the other hand, Situationists were unable to arrange their revolutionary devices (psychogeography, drift, détournement, constructed situations and unitary urbanism) into a coherent program, and also the program that they set themselves was so ambitious and uncompromising that it condemned itself to failure. Probably even most Situationists realized the near-impossibility of constructing truly Situationist architecture. 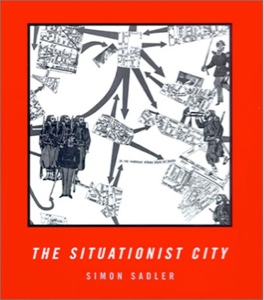 Posted by EAMONN CANNIFFE at 09:00