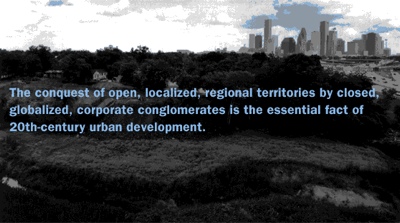 The Primacy of Space In this text, the contemporary city, the city of today, is viewed as under construction and invisible to the naked eye. Pope does not mean this literally of course, but refers to the notion that one cannot see the urban conceptions that the city operates under. The city has dropped in status to something that is simply passed through as people go about their own individual lives. Not forgotten or neglected, just unseen. He also introduces the contemporary city as a parasite; an urban/sub-urban failing in which new developments are not outgrowing the urban host, but becoming a new urban organism. Pope suggests that to better understand the city, we must separate the new parasitic city from its original urban host. It is not the built form which impacts the city most, but the spaces in between such as spaces of urban decay, public parks, high speed roads or car parks. These areas have slipped past designers and we must focus back on these to fix the state of the contemporary urban environment, recreating a dialogue between built form and urban space. Pope proposes that the urban grid is undergoing an autonomous process of transformation, that it is ultimately a grid based on internal logic. This transformation of urban organisation will, henceforth, be referred to as the “ladder”. The Open City There is a powerful link between the urban grid and the urban identity of a city. The grid can be read as an icon of order, a bureaucratic matrix. But beyond this, it is a tool for infinite complexities. It can not only be definitive, but ambiguous at the same time, a problem which caused 20th Century urban reformers to promote its disappearance. Rosalind Krauss’s reading of the centrifugal and centripetal grid is useful in this instance. She sets up the centrifugal reading of the grid as an open system, a fragment of an unlimited field which will never be known in its entirety. The centripetal grid is then the conflicting feature. It is closed and limited system, symbolic of form and order. Due to industrial and demographic explosion in the 19th Century, an autonomous, limitless urban grid was born, such as was seen in Manhattan. It became itself, a process, not an urban plan but an urban metabolism. This would be a centrifugal grid. Cities were rarely created as pure centripetal form. Although they would have a degree of closure, they would still be considered as open systems. The open city allows for a free society, it is society’s urban imagination where anything can happen. Yet it would appear that this view is out of step with the city of contemporary construction. The transition between the two, the emergence of an unknown form from the centripetal grid is the ladder, the skeleton of a unique type of contemporary urban space. 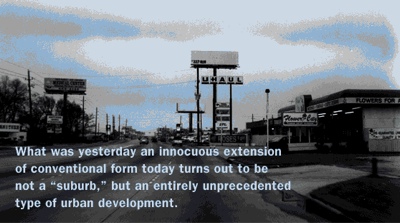 Urban Implosion An alternative theory is that the city is not opening up, but closing down. The erosion of the grid, in turn, causes the erosion of the city. This point, where the city ceases to be, is the point of implosion. It is here that the grid transforms into a ladder. Urban form survives in the ladder, but spatially, it opposes an open, centrifugal urban form. It generates a closed system of operation. If ten points were to be visited in an open grid, the sequence of visitation could be endless. The grid generates multiple routes and interconnections. The ladder, however, eliminates options and allows for only one itinerary, thus suppressing the cross purpose of an urban grid. The ladder could be said to have evolved from the concept of a ‘Linear City’. Many variations of the linear city were proposed, falling into two categories. The first is the “band type” developed by Russian theorist N.A. Milutin. The plan was a series of six parallel zones layered astride a frame for transportation. Each band had its own function and would be capable of infinite extension. The second is organised around a central, hierarchical spine where everything is placed in relation to the path of transportation. A single dominant route dictates the urban circulation and allows for secondary development and a break from the monotony that the bands present. The ladder, therefore, is the linear association in contemporary urban development. Ludwig Hilberseimer can be named as the prime theorist of the ladder. His ‘Settlement Unit’ was proposed as an alternative to the ever-present urban grid. It sustained the flexibility of the grid whilst offering increased adaptability, a coherent form, large urban open spaces and a degree of autonomy. Inundation of Space The ladder is understood as the agent of grid reorganisation and dramatic spatial inversion. It is the agent of imploded urban space, the overlay and underlay of forms such as bridges, freeways and tunnels which Pope explains then creates an ellipsis. These ellipses cannot be part of the hierarchical urban development but are separate entities which can be quantified in the production as a new centripetal labyrinth. The two remain interrelated even though the ellipsis is, by definition, outside of the system that produced it. Here the theories of Fredrick Jameson’s postmodern hyperspace are used to identify this phenomenon. 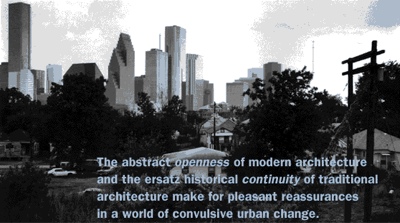 The Centripetal City Pope now addresses the way that closed urban systems have been allowed to develop in the absence of a strong metropolitan centre, thus causing exclusion and division. As the metropolitan order declines into chaos and disorganisation, these closed urban systems grow and become more extreme, consequentially contributing further to the demise of the metropolis. What emerges from this is a radically dispersed polynuclear order. It never interlocks with metropolitan space, but creates some unity of urban form. Polynuclear expansion has a hierarchical urban core, around which autonomous nuclei gather. Pope states that this is what sustains the present state of metropolitan form. An urban sprawl for which it would appear, society cannot find an alternative. This urban sprawl is kept at a standstill due to old models of the city ineffectively persisting, and new, sustainable models failing to emerge. Therefore, the functions of the urban form must be eliminated before they can be created, to avoid the entropy which has emerged from the closed systems. However, the counter sites of contemporary urban space will continue to evolve regardless. The space in between, the void, is already full of economical, political and cultural meaning. Mass Absence Using the well-known photograph of a mass demonstration in front of Giuseppe Terragni’s Casa del Fascio, Pope addresses the paradox of architectural spaces and forms having the ability to reference both autonomous form and reference a powerful historical moment in the same instance. The connections persist at every turn, such as they do between built form and urban landscape in the case of the ellipsis. They have not disappeared, but are simply obscured in their form and meaning. It may be neglected by its users, but contemporary urban space persists, and continues to effect the quality and characteristics of its own internal environment. “It is better to suffer the void of abstraction than gratuitous representation, better to be lost than to languish in the ‘objective world’ of closed urban development.” 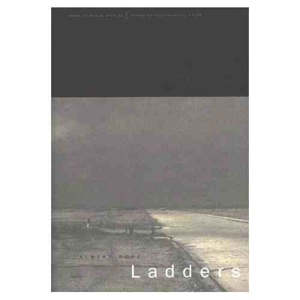 Posted by EAMONN CANNIFFE at 12:23