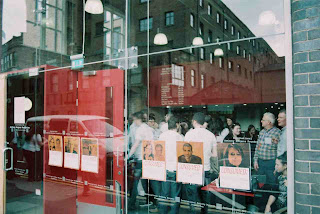 The Third Annual MA A+U Symposium Consumed: was held at the International Anthony Burgess Foundation in Manchester on 3 May 2012 with a diverse gathering of speakers and participants engaged in a discussion of the theme set by the 2011-12 cohort of MA A+U students.

Gavin Elliott, the chair of the day"s proceedings, initiated the debate by placing the current discussions in some recent historical context. He also briefly showed, by way of illustration of contemporary urban thinking local to Manchester, his own company BDP's recent 'fruit-salad' master plan, and a more detailed proposal for the Irk Valley.

Introducing the first speaker Mario Minale, the 'fruit-salad' theme re-emerged briefly in relation to his company, Minale-Maeda's design method, both globally and in terms of domestic culture. The anti - consumerist qualities of his design work was interrogated by Gavin Elliott in relation to their business model and the subversive qualities of his appropriation and reinterpretation.

As a recent development it was linked by the next speaker Joseph Grima to Enzo Mari's autoprogettazione from 1974. He referred to it as part of a reaction to a similar time of austerity, but placed his own talk in the context of the work of W.S. Jevons and economic efficiency. Grima felt that it is accessible luxury which drives consumption, and demonstrated it through his Landgrab City project. Discussing the rise of the semi-autonomous city and the deterritorialisation of sovereignty, he suggested that the city's footprint needs questioning linked through the issue of scale and the representation and political identy of the city. The rise of open source and kickstarter activities changing business models featured as issues in the debate which closed the morning session.

Following lunch Mette Skovbjerg explained a new economic paradigm of circular economies. Although elements of the Kalundborg Symbiosis project date back to the 1960s the present economic crisis has forced more companies to investigate their waste and recycle it for the common benefit. Her colleague Berndt Jespersen ascribed the project's origins to a network of bottom-up projects rather than a top-down directive fostering a culture of mutual dependency among the city's industries. They both affirmed their belief that 'Systems make it possible, - but people make it happen'.

Irena Bauman then surveyed recent iconic architectural and urban regeneration history and remarked on the doughnut effect in cities that disconnection between fringe and centre first analysed by Engels during his time in Manchester. Bauman saw the present situation as leading eventually to the death of high streets and even more exaggerated urban dereliction - a kamikaze economy. Her remedy involved the assertion of the importance of the middle scale and achievable urbanism.

The last speaker, Michael Pawlyn, explored the positive biological lessons for a consuming society and proposed going beyond sustainability to restorative buildings through the use of biomimicry. This perhaps represented a technocratic solution for corporatist societies but the 'cardboard to caviar' project he discussed explored the beginnings of the integration of social issues into an evolutionary system based on recycling. A final project on desert forestation was also shown, responding to recent work on the mapping of resource flows and intended to be tested out in Qatar.

The closing roundtable saw the rival directions of optimism and fatalism as the focus with general agreement reached on the changes of habit required and Mette Skovbjerg suggesting that engagement with communities was the only certain way forward to transform the prevailing culture of consumption. 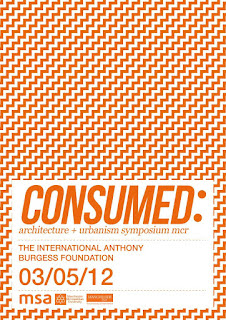