By 2030 between a third and half of the world's population will be leading a precarious, and often abject, life in the neglected urban interstices. Urban scholarship is beginning to turn to this eye-watering problem, and to questions of sustainable urban competitiveness and growth, but interestingly without referencing one to the other.  This paper claims that the 'endless city' is being looked at through the wrong end of the binoculars, with 'business consultancy' urbanism largely disinterested in the city that does not feed international competitiveness and business growth, and 'UN-Habitat' urbanism looking to the settlements where the poor are located for bottom-up solutions to human well-being.  The paper muses on the implications of such an urban optic on the chances of the poor, their areas of settlement, and their expectations of support from others in and beyond the city.  While acknowledging the realism, inventiveness and achievements of effort initiated or led by the poor, the paper laments the disappearance of ideas of mutuality, obligation and commonality that telescopic urbanism has enabled, in the process scripting out both grand designs and the duty of distant others to address the problems of acute inequality and poverty that will continue to plague the majority city. 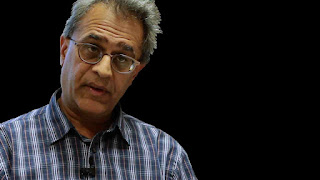 Professor Ash Amin is the current holder of the 1931 Chair in Geography at Cambridge.  Previously he spent 16 years at Durham University where he was Professor of Geography and Executive Director of the Institute of Advanced Study. He is known for his work on the geographies of modern living, for example thinking urban and regional society as relationally and materially constituted; and globalisation as an everyday process that thoroughly reconstitutes meanings of the local. He has also contributed to thinking on the economy as a cultural entity, while his writings on race and multiculturalism have helped change policy work on the management of ethnic diversity. He has held Fellowships and Visiting Professorships at a number of European Universities. He has been founding co-editor of the Review of International Political Economy, and is currently associate editor of City, and on the advisory board of a number of international journals. He is a Fellow of the Academy of Social Sciences, Fellow of the World Academy of Arts and Sciences, and Fellow of the British Academy. He was awarded the Royal Geographical Society's Edward Heath Prize in 1998 for contributions to research on Europe. He has served on the Research Priorities Board of the ESRC and advised international organisations such as the OECD and European Commission.
Posted by EAMONN CANNIFFE at 12:53