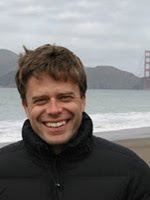 A review by Natasha Gershfield


Simon Sadler was born in the West Midlands in 1968 and is currently a Professor of Architectural and Urban History and a Chancellor's Fellow at the University of California. He researches the post World War II history and theory of architecture and urbanism and has since taken a strong interest in the Situationist International group.

In 1999 MIT Press published Sadlers' account of the Situationist International's efforts in his third book; The Situationist City. He puts forward his opinions of the accomplishments and more so; the supposed degradation of the group amid their most prominent years between1957 and 1972.
The Situationist International were formed by a merging of revolutionary groups, such as The Imaginist Bauhaus and The Lettrist International, whose members had the joint opinion that capitalism, professionalism and mass post war production had led to the sterilization of the works and threatened to wipe out any sense of spontaneity and playfulness. They were enchanted by places and buildings that seemed to bypass religion, modernization and capitalism.
The book introduces readers to the Situationists ideas of psychogeography, detournement, drift, situations and unitary urbanism. The vision that people would not be seduced by the city of corporate power and capital and would seek their own utopia by “cutting up” the original and putting it back together to see it in a new perspective. The drift encouraged people to wander the cities in search for events and areas unspoiled by the spectacle, traffic circulation, unsuitable and monotonous post war architecture and functionality. It was meant to be playful, cheap and surprising with a sense of organised spontaneity.

After reading The Situationist City, with little previous knowledge of the subject, the Situationists could be seen as unproductive; making little impact and giving up before they executed their ideas. However, this could be argued it gives people a warped, negative view of the group. Readers may find it difficult to admire any of the Situationists theories due to the narrator of the subject. Although Sadler originally seems to give the impression that he will convey a rather objective view, he appears to believe that the Situationists were incompetent and inept, and this opinion comes through strongly as he seizes every opportunity to discredit them; using rather provocative terms such as; “overambitious”, “preposterous” and “schizophrenic” to describe them. The fact the Sadler uses the term “Situationism” throughout the book, regardless of the fact that the Situationists were against this term, emphasises how little respect he has for the group. He again seems to be belittling their theories. He justifies his use of this term stating: 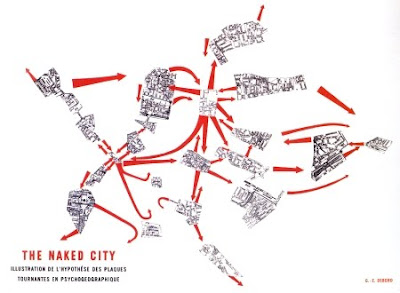 “Of course, Situationists knew full well that there was such a thing as Situationism... The situationists' caution about a “Situationism” was a clever way of reminding themselves of the dangers of becoming “academic” in their procedures.”
Sadler seems to promote this idea of drift: “If we wish to know more, we must descend to the streets ourselves,”. However, he has not carried it out and does not sound as if he intends on trying. He also has not conducted interviews with any living members of the Situationalist International such as Constant.
Simon Sadler discusses the ultimate goal of the Situationists; to reconstruct the entire city. He talks of their promise to one day revolutionise everyday life and introduce experiment, anarchy and play, with ever-changing and high-tech features. Sadler considers that members of the Situationist International seemed to be unsure whether their Situationist City would be produced using detournement or a New Babylon. He believes that the Situationist International could not decide on how to construct situations and would therefore be unlikely that they could agree on how to transform the the city itself. He speaks of how they retreated from the ambition of a new utopia, and professed Situationism as an analytical metaphor or an ongoing experiment in living, which could be envisaged by detournement.
The Situationist City depicts Sadler' sview that the abandonment of imagining utopia was a devastating decision to the Situationists, yet probably one of their greatest contributions to the history of avant-garde; the recognition that in changing the world, avant-garde art cannot replace the popular redistribution of power. Others believe that their ideas and objectives are still influential even to this day. Sadler makes only two very brief references in the book to the “revolutionary events of May 1968”. Not only does this oversight seem to assume that all his readers know all about it, but also makes the event, like all others he talks of, seem insignificant, yet mentions it as if it was an important incident.

This book is rather difficult to get into, with an over complicated introduction and the author's assumption that its readers have a rather full background knowledge of the subject.

Sadler seems to criticise the Situationists because they were not builders, and were only really interested in detourning existing routes and buildings. However, they were not architects and they did not aim to attract academics and rational thinkers.
“Occasionally the 'rightness' of the place, people and understanding would be like that moment when the reader of a complex text, suddenly grasps the content of what is being read, only to descend again into the maelstrom of words.”
Although here Sadler is describing the detournement that the Situationists carried out, it seems to fit how this book could be interpreted. Situationists, Debord and Jorn, created maps such as the “Naked city” of 1957, which highlighted urban areas, threatened by redevelopment, retaining the parts that they believed were still worth visiting and disposing of the bits that they felt had been spoiled by capitalism and bureaucracy. They called this method of mapping detournement. It seemed as though this book too should be dissected and collaged back together; highlighting sections that gave a broader knowledge about the Situationists, retaining the parts that introduced their theories and ideas, and disposing of the bits that had been impaired by the authors conservative attitude.
Simon Sadler seems to focus on what the Situationist Internationals planned to do, yet does not communicate what they actually achieved, making its readers assume, as he did, that they did not actually accomplish a significant amount. 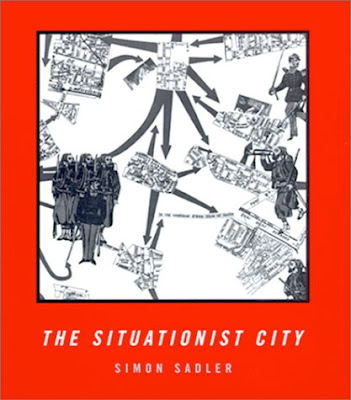 Posted by EAMONN CANNIFFE at 18:26