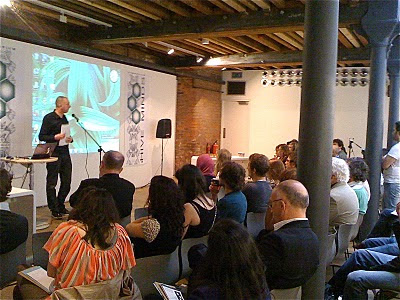 The inaugural MA Architecture + Urbanism Symposium with the theme Hive Minds: Future Proofing Manchester took place at CUBE yesterday as part of the Manchester Architecture and Design Festival 2010. The student-run event was excellently presented with banners and an interactive sculpture that recorded contributions from the audience. 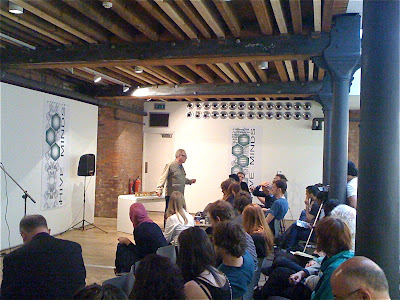 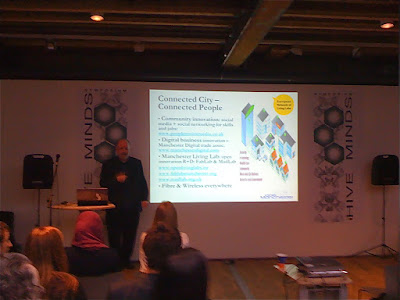 Chairman Dave Haslam kicked off the day’s debate by reminding the audience of the pleasurable origins of the symposium in Ancient Greece and contrasted it with his current situation with ‘a room full of architects – feel my pain’. His remarks on the co-operative qualities of creative cities led naturally into the first presentation by Phil Griffin. He responded to the exhibition of works by Jean Hobson but raised the general question of whether future proofing was truly feasible or an academic luxury. Recent urbanism had seen the development of cities as a focus for property speculation. He predicted the return of the modest recycling of buildings and a suburban fightback as the trends to watch for the immediate future. 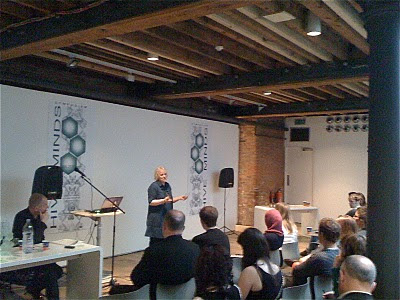 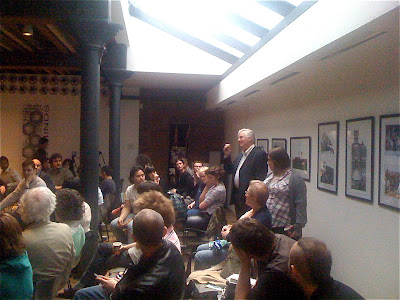 Dave Carter of the Manchester Digital Development Agency outlined a distinctly technological future happening now, with open source facilities being key to ensuring that the inequalities in digital provision do not impede the creation of a smart city. Inclusivity was outlined as the major motif of a 50 year vision. In contrast to this virtual world Jean Hobson reflected on her artistic life, looking at the decaying city and opening the eyes of the young to the urban environment around them. 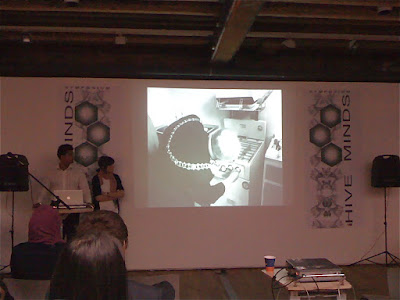 The afternoon session commenced with Tape showing their short film of the inner life of Hornchurch Court in Hulme, a 1960s high-rise block within sight of the Manchester School of Architecture and a testament to the utopian past. Philip Cooke of The Destination Marketing Group presented an interesting analysis of the challenges of the economic crisis, and talked around the potential of tourism and the experience economy to reverse urban misfortune. 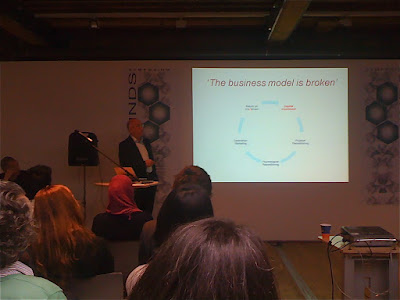 While enjoying refreshments ancient symposium style the audience heard the final presentation from guerrilla gardener Richard Reynolds who discussed his activities in subversive planting. Hailing the virtues of provocation, and also those of bulbs for long term impact, he suggested that attention should be turned on the often-neglected margins to transform the city. 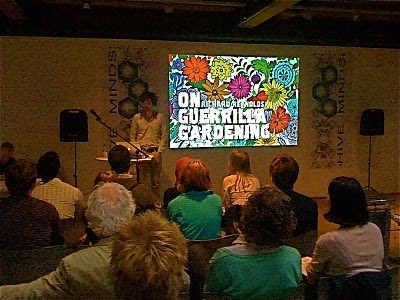 In summing up the day Dave Haslam asserted that ‘It is good to take away more questions and challenges?’ But one thing was decided. The event set a bar for future debates within the academic context and most importantly between the often estranged worlds of research and reality.

More information on the Hive Minds blog
Posted by EAMONN CANNIFFE at 13:41