Justin McGuirk: Radical Cities - Across Latin America in Search of a New Architecture (2014)

Justin McGuirk emphasises the reason to travel across Latin America in search of architects, politicians and grass root communities that are changing its landscape today is to reveal the way architects have taken the lead role in formulating new ways in community building, community living and breathing the city.

The writer’s initial concept for the book arrived after the crash in 2008 when people started rethinking the role of architecture today. He noticed particularly a rise in a generation of architects in the Latin America who work on social architecture. They were not starchitects but those who work in difficult conditions. As a result of his research he found that Latin America has a long history of testing radical ideas in city making. Today mass urbanisation or rapid urbanisation makes us think about China and Africa with a statistics of millions of people moving to cities, but in the mid Twenieth Century the focus was on Latin America. They were undergoing mass urbanisation in a scale which was never seen before.

McGuirk starts with Mexico City where in 1944 the population was 1 million but by the 1980s had risen to 15 million, the kind of extraordinary shift that gave birth to something like Tlatelolco by Mario Pani. It was built for 100,000 people and was a precise example of mass urbanisation. What we see here is Le Corbusier’s idea of a city taken to its logical conclusion. It never really reaches its solution in Europe or America but here in Latin America is also where the modernist idea of utopia goes to die. The fact is the government could not build it fast enough or cheap enough for people to occupy, which would have stopped millions of people moving to cities.

In the late 1970s global politics and economics spread through Latin America. Washington, World Bank and I.M.F started to persuade the governments to abandon building housing and let the free market takeover. Architects lost their power and the urban policies of 70’s 80’s and 90’s result in something like Petare, Caracas which happens to be one of the biggest slums in the world. Across Latin America there is an explosion of slum building. There is slum explosion, withdrawal of architecture and removal of power from planners to intervene in the situation. They re-engage in the 90s and they do it in a different way this time, not with utopian idealism, but a shift to a sensitive kind of pragmatic and much more sophisticated response to the city.

As he travels further McGuirk realises how naïve he was about the whole concept of social architecture and this kind of modern utopia and he realised that in Venezaires when he came across Piedra Buena, Buenos Aires. It was built in the late 1970’s under the military dictatorship. The lead architect was the Uruguayan Raphael Vinoly. The reason why this project did not work was that his design was idealistic but the process behind it was not, starting off designed for the poor but did not go to them at the end. It fell into decrepitude and neglect, a classic story of community housing estates in Europe. At this instance McGuirk raises a question-

“If this top down paternalistic approach to social housing didn’t always result in successful solutions, if modernism seems to be a failure as so many people thought, is there a modernistic bottom up approach to city building that doesn’t just result in a favela or a slum or a barrier?”

He found an answer to this in Argentina. Listening to the rumours he ended up at Huhui and met the extraordinary Milagro Sala, leader of theTupac Amaru social movement. What she does is take a little bit of housing subsidy and builds factories for steel and brick work which eventually provides employment for people. She was building swimming pools and aquatic parks for the community. It was surprising as social housing is a classic example of providing the minimum but she completely reversed the concept by giving the maximum they could get. There are no architectural influences found here. In fact the whole book is not about architectural objects but really about actions and processes. It exists outside neo-liberal framework as it doesn’t rely on property values and this idea of community participation in the city building has a very long history.

In the 1960s English architect John Turner, studying the self-built communities of Peru, the bariados imposed a controversial argument stating;
“There was no need to move people into tower blocks in fact the shacks they are building for themselves are more powerful. Housing is what it does to people and not how it looks.”
On the back of this idea the most radical housing competition ever happened in Lima called PREVI. James Stirling from Britain, Christopher Alexander from the States, The Metabolists from Japan, Aldo Van Eyck from Holland came up with the design of low rise high density housing. The jury could not decide which one was best and built everything. That is a reason why PREVI is famous, the last chance for architects to make a stand in community housing. It was seen as a failure as it was too expensive. This was the end of modernism.

But the idea was reborn 40 years later in Chile through Alejandro Aravena. He came up with a brutally reductive logic;
“If you can’t build a complete house with the available money build half a house.”
an alternative between rigid modernism and random individualistic favela styling.

From there McGuirk went to Rio and a start to talk about the favela on the bottom of Vidigal. He doesn’t mention Brasilia in the book as it is a completely planned city. Of course the favelas come with problems. He also talks about his experience in Alemao and emphasises that this informal city is no longer illegal or a threat. In fact it’s a place with quality. He talks about urban acupuncture in Favela Bairro.This process was to intervene into public spaces with symbols of urbanity. To integrate or divide a city connections are essential and this is what it takes. Again as a result of these experiences McGuirk starts to question;
“Who is the city for?”

He continues to talk about architects who self-initiate projects by talking to people and knowing what the community wants. The thought about the Chacao Vertical gymnasium in Caracas and how it transformed the crime rate and led to a drop of 30%. Barrio San Agustin in Caracas is an extraordinary example of civic pride. He is stunned by the metro cable car to commute from the bottom to the hill top to reach houses in minutes when compared to the long hours it takes to reach the top by climbing. It was definitely a fight between the political power and the activist architect to bring about a radical change. Later he discovered Torre David in Caracas, a skyscraper built to be a banking headquarters in the mid-1990s, a 45 storey mirror glass post-modern skyscraper. The developer died and the economy took a nose dive and after 10 years there were 3000 people squatting in there, the tallest squat in the world.
That raises a question again;
“Why should people live in outskirts when there are buildings empty in the heart of the city?”

It’s not about architecture but about maintaining and giving a life to the concrete skeleton which is empty was the answer he concluded.

Antanas Mockus who specialises in social capital drew McGuirk's attention. He was fired for his behaviour of symbolic violence when he pulled down his pants and showed his backside to the university students in his work place. He became the mayor of Bogota and what he did was to tweak the civic DNA of the city by replacing the traffic police by mime artists which brought a sense of order and place. He said if you can’t change the hardware change the software. Then follows the explanation about Medellin the 'murder capital of the world' where people like Sergio Fajardo started to invest in public spaces and that brought down the crime rate. All these experiments made the invisible places visible.

The journey ends at Tijuana. This is where Latin America hits the global/economic north. Teddy Cruz calls it the political equator between the global south and the global north. At the end McGuirk concludes with the observation that the lessons of Latin America might cross the border like the migrants and influence urban policy in the world’s richest country. 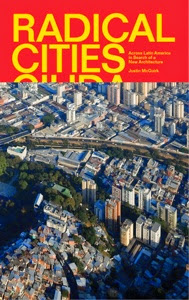 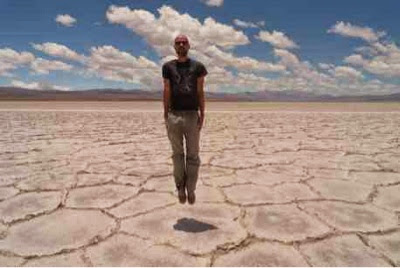 Posted by EAMONN CANNIFFE at 11:48