Joseph Rykwert: The Idea of a Town - The Anthropology of Urban Form in Rome, Italy and the Ancient World (1976) Joseph Rykwert in his two prefaces to The Idea of a Town was very candid about the anti functionalist architectural debate he hoped to provoke in the late 1950s at “the height of the planners’ professional arrogance”. Faced with a world flooded “with a frenzy of drawings for urban complexes put together out of mains fed capsules”. CIAM and their colleagues in town planning circles appeared “to reduce dwelling to the individual capsule”.His colleague Aldo van Eyck published the entire script in the architectural journal Forum in 1963 and in his own preface suggested that this research into the anthropologies and mythologies of archaic towns “addressed ...those urban planners who consider the city exclusively through the perspective of the economy, hygiene, traffic problems or services”. By 1976 The Idea of a Town was issued by Faber as timely and fearless skepticism of the emerging ‘high tech’ of radical European and American architects and of a modernist Manhattan skyline “that looks like business” but (by deduction) not like a place to live in.Rykwert adopts a “synchronous” approach to the vast body of literature that had been amassed on the most arcane mythic origins of the city of Rome. He is sustained by two important methodologies in undertaking such a complex task. The first is his rediscovery of Numa-Denis Fustel de Coulanges’s; La Cite Antique 1859 which had investigated the way that citizens understood and “transmitted” the structure and rituality of their ancient towns and institutions from generation to generation. This was the mandate for a new urbanist sociology. Rykwert thus interrogates the social narratives of pre Republican Rome in the face of minimal archaeological material evidence. Institutions may crumble as architectural structures but survive through function, reputation, social tradition, legend and plan.The second methodology is provided by Claude Levi-Strauss's Tristes Tropiques 1955. The anthropological and political exposition of village plan kinship systems and world picture cultural beliefs of the Bororo tribe of western Brazil became paradigmatic for Rykwert’s study of the “tribal” conflicts around the Tiber Valley and the Palatine and Capitoline Hills in prehistoric Rome. This is derived in part from the early tribal conflicts of the Latin people catalogued by Livy, who had narrated a lively history of key archaic Latin wars and the changes that had impacted on the morphology and sociology of Roma Vetus as a result; city walls, temples building, ritual activities and the resulting changes in Roman law, the calendar and the structure of military practice.Rykwert imposes a logical structure on to the four “Roman” chapters of the book. He starts with the cult of the twins Romulus and Remus;“the foundation was commemorated in regularly recurring festivals and permanently enshrined in monuments whose physical presence anchored the ritual to the soil and to the physical shape of the roads and the buildings”. Rome seemed to have a sense of prophecy and destiny where “only a hero could found a city”. The foundation “Etruscan Rite” required that earth was thrown into a ditch called a mundus; the symbolic mouth of hell, a place of primal legend and to be feared. Archaic Romans inhabited a city permeated by profound myth-memory and territorial totems and taboos. Ancient oak and fig trees, sacred flames kept burning and regular urban and extra urban processions to a series of 27 altar stations, each with its own appropriate ritual offering understood and shared by the supplicants. In chapter two he considers the archaic city of Rome and its geographical site. He rehearses the use of the traditions of north – south “cardus” and east - west “decumanus” and the function of the technology of the gnomon and the “stella” as a surveying tool. Every Roman town founded throughout the empire was by law to become a Roman simulacrum, a literal model of the archetypal foundation morphology of the great mother city, which inevitably became a place that would only exist as a living myth for its extended colonial communities.The creation of an institutional priesthood required the transmission of codified laws and skills of divination using systems of animal haruspicy (fortune telling). This has its roots in the “Etruscan Rites” consolidated under the royal period in the sixth century BC and retained in use through the Republican era. In fact at least one of the Tarquinian kings was confirmed as a skilled priest. Augury was also a legendary foundation ritual known through Romulus’s observations of the flight of birds. His name may even be of Etruscan origin. Equally important are the transmission of place names within the area of the Seven Hills of Rome. Each name, such as Lupercal or Scala Caci possessed complex connotations of tribal, territorial and ritual significance. New temples could literally augment this totemic urban morphology by the movement of stone and earth to “eternal” locations inside the Roman walls. The evidenced multiple rebuildings of the Temple of Jupiter on the Capitoline hill attest to the sense of permanence in the location of sacred structures The ancient town also shared a character of “templum”; a space being ritually enclosed. The priest/augur drew a spiritual town plan shape into 4 parts, the conrectio. This in turn was informed and guided by the templum of the astrological heavens; a circular diagram divided into quarters so the gods could literally co-inhabit the city with its various peoples. A ceremonial 7th century BCE Etruscan shield boss from the British Museum seems to demonstrate this divine segmentation.The Etruscans developed the “science” of prophecy using animal divination as the foundation of their entire system of urban administration, literally consulting these code books (probably bronze or gold laminae (sheets)) as their highest reference indices on law, military decisions and political and social disputes. The survival of an Etruscan bronze sheep’s liver at Piacenza offers an insight into the synergy created by analysis of animal entrails and the links with the 16 gods of the Etruscan universe that are contained within the outer boundary frame of this archaic liturgical and juridical implement. 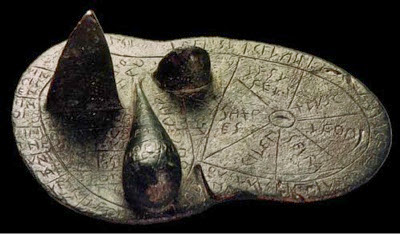 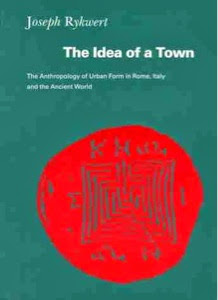 Posted by EAMONN CANNIFFE at 13:32