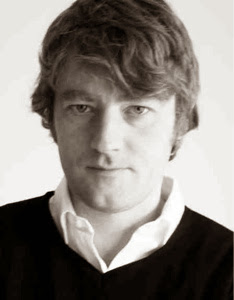 Grand Urban Rules, published in 2009 by 010 publishers is a book about great rules according to its author Alex Lehnerer. The book is devided into two parts. First it starts with a description of the 115 rules that are in the book with illustrations by the author. Each rule is given an illustration and a reference number which can be found later in the book whenever that rule is mentioned; he also mentions the city that the rule is used in.   The second part is divided into ten chapters that deal with different aspects of the rules. By isolating the rules Lehnerer shows that rules are not tied to their context, he creates the imaginary city of Averuni for which those rules were intended to show that rules could be used universally as tools for urban design. He presents case studies from cities across the USA, Europe, and Asia to discuss rules that range from the straightforward to really bizarre, that have shaped and continue to shape our cities.   In the first chapter he starts by defining rules and how architects look at them showing that architects are not usually fond of rules as they constrain their artistic creativity; he gives examples and quotes by Louis Sullivan, Le Corbusier and Kevin Lynch. Rules also can’t be abstracted; at the same time no social fabric can manage without general rules. He mentions the political economist Friedrich Von Hayek and his opinion on rules playing a special role in our society. He also discusses how rules are adjustable and in the same time they should stay operational and are useful to a researcher engaging in analysis, to an urban planner in design, or the municipal administrator who deploys rules.The chapter ends by discussing different kinds of rules; some refer to form, some to process of creating it,while some to its subsequent performance. Some are legal minimums others are used as guides in design.   He then moves on in the second chapter to explaining the relationship between public and private interest which causes the community to create rules. Lehnerer talks about the history of American urban development which he says resembles a classical Hollywood western; first is the conquering of land/laying grids in a city then basic organisation according to ownership and use /planning or zoning while third comes the rivalry between neighbours. In the western the conflict is between the outlaw and law abiding citizen, but in urban design the conflict is between private and public interest. American urban planning is well adapted to discuss how public interests are derived from private ones and vice versa. Examples he gives in this chapter are about the complete makeover of the city in the case of Baron Haussmann’s Paris and Daniel Burnham’s Chicago, also Moses’s 8-lane Lower Manhattan Express way and Circleville in Ohio. 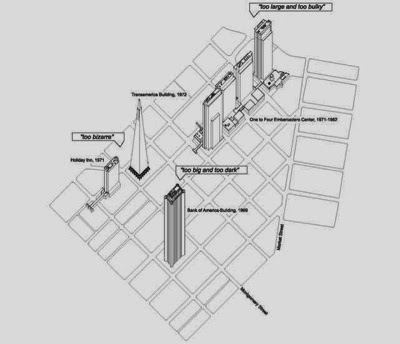 In the third chapter the focus is on the power which is exerted by rules, mainly in their quality of drawing sharp lines between what is allowed and what is not. He talks about the difficulty in setting thresholds and gives examples from San Gimignano, Chicago and New York.   The fourth chapter starts to show that rules are considered to be design-tools. He shows that urban planning control arises from a diversity of motivations. Then he moves on to discussing downtowns and how every self-respecting North American city needs one he gives an examples from San Francisco, Vancouver, London and New York.   Then in the fifth chapter the discussion is about how rules are considered as facilitators of freedom, and the excessive negotiating conditions caused by extreme proximity. He talks about neighbours and issues that arise from being close. He talks in detail about hedges,light and shadow and how they affect the community. As well as superordinate rules that specify how far dependancies between neighbours may go.   The sixth chapter is a case study of New York City in the 1960s. It shows that as the date flips from 1916 to 1961 the city zoning resolution was comprehensively revised for the first time.   The seventh chapter discusses for whom rules are made and where they are apply. He talks about rules introduced for their potential and special districts like Seattle’s downtown urban village, and Mulholland Scenic Parkway and Wilshire Boulevard in Los Angeles.

In the eighth chapter are cases that demonstrate how urban elements are formed by mutual consistency, while at the same time they possess the capacity to facilitate differences to emerge from their context.   The ninth chapter explains the design-tool potential of rules. He discusses the impact of Raymond Unwin’s methodology in 20th century urban planning practices and also Midtown Manhattan.   Finally in the tenth chapter Lehnerer shows how rules function in a specific design task, he discusses a number of case studies and projects that attempt to engage in design using rule-based instruments like The city of Kaisersrot which exists as a software, the Globus-provisorium in the centre of Zurich, and Wijnhaven island between the centre of Rotterdam and the river Maas.   The book tries to show the regulations as a positive part of the planning process. It is enjoyable to read and full of examples and illustrations. We get at the end of the book a clear understanding of rules and regulations, how they are implemented and their outcome in different locations. 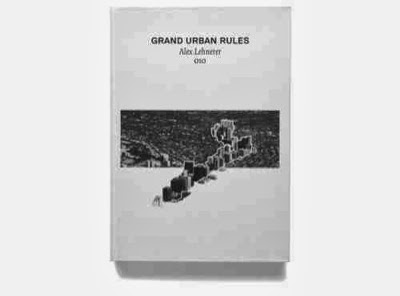 Posted by EAMONN CANNIFFE at 02:09