So what did you really think about MAXXI? 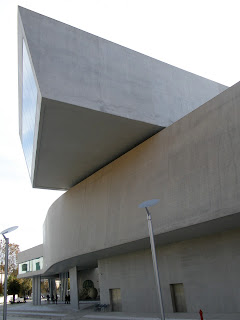 During their excursion to Rome MA A+U visited Zaha Hadid's MAXXI. Here's what they thought about it.

Jonas thought it was a brave intervention that represented a new era for Rome.

Angela liked the use of the light

Supriya found that there was a lot of unutilised space

Bill said it was untraditional - but didn't like it

Meliz liked the exterior but couldn't find her way round

Carrie thought the big window was an anti- climax

Natalie thought the artworks were overpowered by the building

Angad felt it was an adorable experience of unconventional spaces

Christina thought it was self-centred and out of context 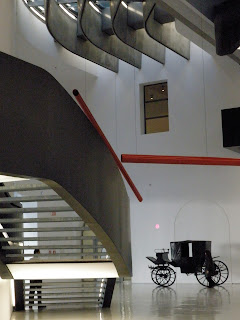 Posted by EAMONN CANNIFFE at 03:00