at the Yale Center for British Art 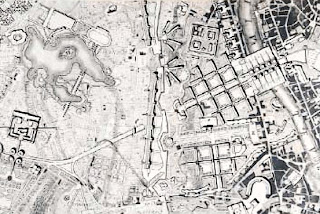 Stirling's work has been interpreted by historians and critics in a number of varied, and often conflicting, ways. Some have seen it move through a series of eclectic modern styles; others have insisted that Stirling was a steadfast Modernist; while still others have proposed a fundamental break with Modernism in the mid-1960s. Stirling himself contributed to these diverse views through his own writings. Notes from the Archive, curated by Anthony Vidler, Dean and Professor of The Irwin S. Chanin School of Architecture at The Cooper Union, will deepen our knowledge of Stirling's unique approach to the design process and demonstrate continuity in his work from his early days as a student to his final projects. According to Vidler, "This exhibition offers the potential for the re-evaluation of Stirling's career as an architect, revising the often contradictory assessment of his work from the 1960s on, through the evidence of the notebooks, sketches, presentation drawings, photographs, and original models the office." 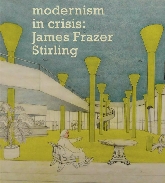 The exhibition will be accompanied by a fully illustrated publication authored by Anthony Vidler. The book will interpret the James Stirling/Michael Wilford fonds at the Canadian Centre for Architecture, Montréal, as a living document of Stirling's attempts to broaden the language of Modernism while remaining faithful to his twin precepts of accommodation and association. While not a catalogue of the exhibition, this publication follows the themes of the exhibits and develops the interpretation of Stirling's contribution to the history and vocabulary of modern architecture that is presented in the show. It is published by the Yale Center for British Art and Canadian Centre for Architecture, Montréal, in association with Yale University Press.
Posted by EAMONN CANNIFFE at 08:30