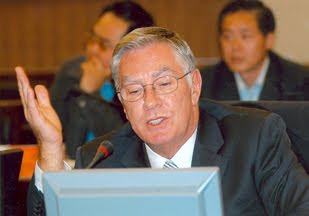 A review by Pardip Bansal of the 1999 book published by M.I.T. Press


Rowe is a professor of Architecture and Urban Design at Harvard University, where he has taught since 1985. Since then he has also been the Dean, the Chairman, Vice Chairman, Director, and Vice President of various programmes, departments and faculties of various other institutions. In addition he is an honorary professor at many universities across the world. Rowe has written many books generally focused on the evolving cultural considerations of modernity, especially as they apply in various regions and aspects of the built environment.

In Civic Realism Rowe looks at the shape and appearance of civic places, and at the mixture of social, political and cultural circumstances of societies that bring them into existence. This book is as much about the making and reshaping of civic places as it is about urban architecture. The book is organised into five main parts, which are the main themes of civic realism (according to Rowe), the five being…
Reexamining the Public Realm,
Civic Realms and Public Spaces,
Realism and World Making,
Individual Spaces and Collective Places,
and Representation and Constitution of Spatial Meanings.
These themes are discussed using examples or case studies to detail each point. The final part The Practice of Civic Realism aims to pull all the themes together.

Rowe begins by re-examining the public realm and explores Siena and its Piazza del Campo from the 13th and 14th Century and states “Siena and its Piazza del Campo stand out as a place where civic life, civic aspirations, and civic responsibilities have been inscribed indelibly...” This is because everyday and special activities have taken place there,
helped by its changing governments over time to make the space work, even to the present day.

In the Civic Realism and Public Spaces section Rowe opens up the idea of power sharing interests between government and various elements of civic society by introducing the modern and restricted interpretation of civil society, normally referring to social organisations being apart from the state. However at the best of times interests can converge in examples where normally between the state and civil society they would diverge, which allows the creation of something with civic impact. The first example is the urban public spaces of Barcelona, completed between 1981 and 1987 to represent a large and impressive body of public bodies at widely different scales, spread throughout the city of some 1.7 million people. These were highly specific and much needed open space projects, both to establish a strong public presence and to help renovate the city. Emphasis was placed on multiple uses of public spaces, in part to accommodate the daily rituals of meeting, strolling, and simply being together in a public place all strong characteristics of Barcelona’s life. A second example the Parisian Grands Projets of François Mitterrand, like the urban spaces of Barcelona…” also represents the synergy between the state and society at large". In this case Rowe claims here that these state developed and managed projects have to be able to provide multiple meanings to a mixture of user groups to be enjoyed by everyone and ultimately to be prosperous.

Next in the third chapter Realism and World Making Rowe, in the context of figurative arts, defines the term realism where context and subject matter are the sign of truth. He presents this theme throughout the analysis of the urban design solution of the Rockerfeller Centre in New York. Rowe continues to attempt to define architectural realism and also defines realist places where civil society and state can conduct their business on an everyday basis co‐operatively. In the fourth chapter Individual Spaces and Collective Places Rowe debates the social and cultural reworking of Soho and Central Park in New York, where he finds individual means, practices, culture, and background bestow to the locale the characteristic formation of local identity.

Moving on to the final theme Representation and Constitution of Spatial Meanings, here Rowe delves into the political and historic events in the former Yugoslavia and brings in the work of Joze Pecnik, who transformed the city showing urban architecture to be part of a broad civic project on behalf of society. His public infrastructure improvements set a civic tone for public life helping to establish and celebrate the course of Slovenian cultural autonomy. Plecnik achieved this by harmonising the old and new morphological landscape and architectural elements together.

Finally we come to The Practice of Civic Realism. Rowe pulls the various themes of Civic Realism together and summarises the thesis that the civic realm lies between the public and private aspects of our lives although it tends to be produced by both. Derived from mainly informal networks of associations of society, favorable social and political conditions are required for good civic space to come about. Also the term civic represents a point of view about public conduct. Something civic is educational and worthy of being seen and heard in public, and furthermore something to be passed on to further generations with pride. Urbanistically architecturally speaking, civic realism represented within this book is not a style or specific aesthetic ideology. It is at first a descriptive state or condition of being in the world, and secondly an orientation or principles to be taken and implemented when making urban architecture into something that is civic, and is distinct from simply being public or personal experience. Civic realist places contain a pluralism of attitudes with a sense of common accord: they are adaptive, and support everyday life, and allow for group or individual expression.

Overall this book is researched in depth and goes far beyond the surface of the themes discussed. it generally lacked illustrations to back up some of its concepts. I also felt that sometimes this book would be enjoyed more so by social historians than by urban designers and architects, not to say they would not enjoy it especially if they were interested in
the usage and working of public and civic places. 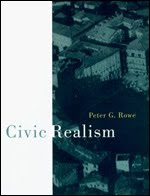 Posted by EAMONN CANNIFFE at 12:41