MA A+U are thrilled that MANCHESTER SCHOOL OF ARCHITECTURE has been named as one of the top schools of architecture in the world, one of just three UK institutions to make the Top Ten in the QS Top Universities 2016 rankings for the subject.

Professor Tom Jefferies, head of the Manchester School of Architecture, said: “It’s fantastic news which reflects the unique position of the school sitting in two major centres of excellence – Manchester School of Art at Manchester Metropolitan University and the School of Environment, Education and Development at The University of Manchester. It is a measure of the very interesting exploratory and ground breaking work we do with a range of national and international partners. It’s great for Manchester and the region, and we are already looking at opportunities arising from this.”

Manchester School of Architecture has been run collaboratively by Manchester Metropolitan University and The University of Manchester since 1996. The QS Top University Rankings have been published internationally since 2004, and is one of the most widely read global university rankings. 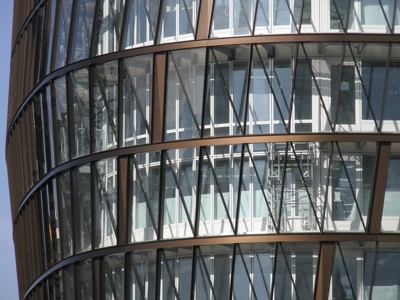 Posted by EAMONN CANNIFFE at 13:53