Architecture + Urbanism recommends "Visible and invisible: perceiving the city between descriptions and omissions" 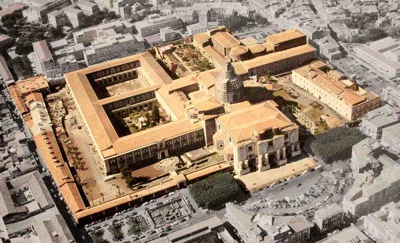 The conference will focus on the many ways in which the city has been described, narrated, portrayed and quantified in words, numbers and images over the centuries. Description and representation techniques from ancient and medieval times onwards provide an opportunity to initiate a comparison between different cities and contexts, seeking different ways of perceiving the urban whole in its full complexity. This is just the start, with respect to the objective and subjective limits inherent in the analytic process. On the one hand, there is what has actually been omitted, hidden and ignored, especially within the deliberately concealed areas of a city (in the private and social life behind the walls of ghettos, prisons, hospitals, brothels, convents, homes). On the other, there is a city that lies beneath the surface of all physical evidence: the city of excavations, underground infrastructures, sub-services, underground or underwater buildings. Beyond physical substance, there is also a city of intangible networks, a city of networks and other relationships that go beyond the “papers” and official documents. Beyond descriptions and representations, therefore, there is a city that is silenced and marginalized, which is not mentioned or pointed out in the documents. It is a somewhat submerged reality that eludes renderings and corresponds, in part, to what has been concealed over time. What comes into play here are other techniques and strategies related to the omission of information, to deception and to propaganda. Different realities have to be brought to light: the many residual presences in the city, conditions of decay and suffering, as well as industrious situations, which have not been recorded but are no less real. The conference will provide an opportunity to reflect on the complexity and ambiguity of the tools required to describe the city and its history. Confronting opposites, it is possible to compare a visible to an invisible city, an official to an unofficial city, a public to a private city, a subjective to an objective view, a systematic view to one based on impressions, a false to a plausible view, and, finally, even an interpretation structured as an "album" to one built on individual fragments. AISU Congress site here
Posted by EAMONN CANNIFFE at 11:48