Primacy of space
The contemporary city is invisible: the process or urban development lacks the conceptual framework that would allow us to understand it. Collective neglect: our perceptions of the city stop us from including the different forms of contemporary urbanism.

An idea of form in a city of space
Built form and the logic of form: urban form and thus the city is always, to some degree, autonomous, for example, the urban grid.

Apparatus of inclusion
As the grid disappears, so does the city. The grid is the city. This relationship is marked by the grid’s ability to generate systems of infinite complexity.
20th century planners' rejection of the grid led to an emergence of an anonymous and dehumanizing urban existence.

Grid organization on the surrounding spatial field.
The centripetal grid is cut off from its content - posits an outside to its own inside, an outside that is alien to its own interior. The centrifugal grid has the coordinates of everywhere, there is no such thing as an outside.

Grid transformation: the prewar city has centrifugal organization, postwar city has centripetal organization. Mumford characterized the industrial city as a place of darkness, chaos, and closure, with the Modern Movement promising an open liberated city. Pope claims that as modern building and spaces began to open up, the city itself began to close down.

Marcuse’s 3 phases of grid formations:
1. the precapitalist city.
2. The city of laissez-faire capitalism.
3. the city of mature capitalism. The city was perceived as a process rather than urban plan.

Urban transition
The ladder is the invention of urban reconstruction, it manifests characteristics of centripetal organization. In the ladder, vestiges of traditional urban form survive, yet its spatial qualities are antithetical to those of open centrifugal urbanism.

Urban implosion
There is a closure from the Garden City, to the modern city, directly to the built reality of postwar urban construction.

The ladder
The ladder manifests the characteristics of closed centripetal organization.
In contrast with the infinite continuity of the open grid, the ladder is a finite, indivisible, hierarchical structure. Ten grid points: different routes; a variety of itineraries, any number of plans, often at cross-purpose. Ten ladder points: one route; one itinerary, one plan, the virtual suppression of cross-purpose.

Linear cities
Garden cities: they focused on limited-size simulations of provincial towns. Linear cities: they are open-ended, and a limitless extension of the metropolis.
Two broad categories:
1. “band type”: this model was proposed by N.A.Milutin. He proposed 6 parallel zones along the river Volga. Each band had functional criteria. But there was no connection between any of these 6 bands, each band could expand individually.
2. A kind of city organized around a centralized, hierarchical spine. The spine comprised of institutional buildings like schools, hospitals. Since the spine had a direct connection to the path of transportation, there was a scope of formation of new spines.

Hilberseimer
Hilberseimer is the prime theorist of the ladder. He envisaged relentless punched openings in the urban wall with transparent skin structures arrayed on a series of parallel urban spines.
The settlement unit could be divided into 6 zones: industrial zone, freeway, feeder, commercial and administration zone, residential zone and a park zone. The settlement unit was conceived as the catalyst of spatial implosion.

The ellipsis
It is the agent of imploded urban space; the overlay and underlay of forms such as bridges, freeways and tunnels which Pope explains then creates an ellipses. It is not caused due to delay or uneven development, while it is a result of the centripetal development.

The centripetal city
When centralized poly-nuclear expansion started to fail, the city got trapped into a conflict where neither the traditional urban strategies could die, nor could new urban strategies emerge.

The spiral
By the end of second world war, metropolitan masses became so apparently problematic, so socially and politically dangerous, that it could no longer take on concrete urban form.
The path of the open grid is theoretically infinite in both directions. Unlike the closed figure of the spiral, it can never establish an end point, or “end of the road”. In contrast to this infinite extent, the spiral is closed and singular.

Conclusion
Traditional western urban structure is a kind of continuous grid. Modern suburbanization produced a new kind of urban structure and urban experience which can be defined as ladders. It is discontinuous, targeted, linear connections between point to point.
The rapid development of traffic and transportation hierarchy systems interrupted the continuity of grid space, ruled out choice, formed a “super-urban stage”, and this process is called “grid erosion”.
Vehicular circulation systems benefit people through convenience and promote the development of the region. However, city traffic facilities broke the urban texture, burying the characteristics of the city, which led to the degradation of city quality.
In my opinion, with the development of society, the situations and conditions of urban models have changed fast. It is difficult to find a permanent way to lead urbanism, but what we should keep in mind is that there is a possible to modify a direction of improvement and that humanisation is a vital priority. 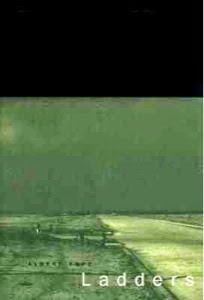 Posted by EAMONN CANNIFFE at 09:55