2016 MA A+U graduate Karan Gandhi was recently invited to give a lecture about his Mars City Design project at the College of Architecture at the SDPS Women's College in Indore http://www.sdps.edu.in/index.php/colleges/college-of-architecture/

Karan was surprised but honoured to be received as Chief Guest (with a red carpet and flower garlands) and was asked to describe his experience of studying outside India, and explain his design philosophy to an enthusiastic audience. Karan writes 'I had planned to speak for half an hour, but the lecture went on for about 90 minutes due to an overwhelming amount of questions the students had. It was a great experience for me at this stage of my career, and I enjoyed it a lot.' 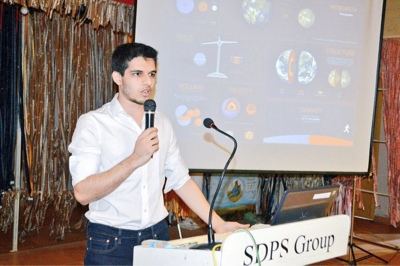 MA A+U are very proud to announce that the 2016-17 international cohort will begin their urbanism studies as the FRIENDS OF BOOTLE STREET, responding to the recently unveiled St. Michael's proposal www.st-michaels.com

Adjacent to Albert Square in Manchester, this alternative student-designed project will seek to address the many criticisms levelled at the municipally sanctioned project by heritage bodies and concerned citizens, and provide a focus for a contextually appropriate proposal for this significant Manchester site.

The students have started a website to collate their design process www.friendsofbootlestreet.strikingly.com and the dialogue around the project can be followed at www.twitter.com/BootleStFOBS 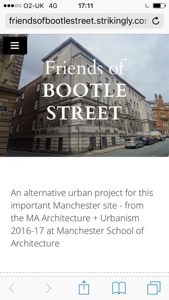 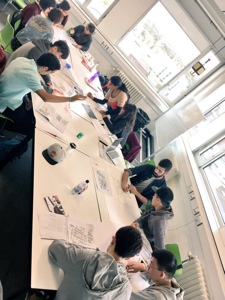 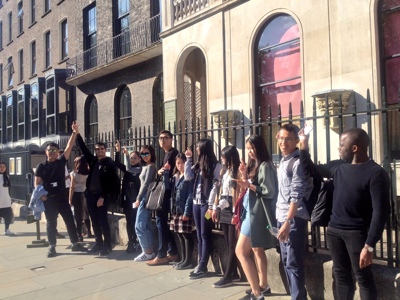 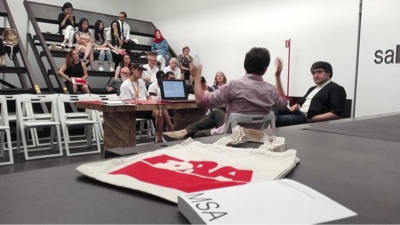 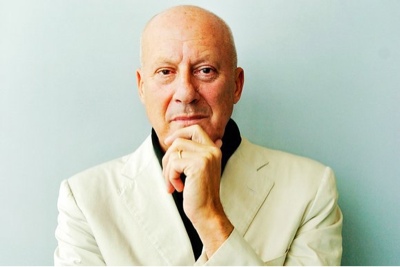 Human Relations, Social Interaction and Dialogue with the Landscape

MA A+U are very pleased to announce 'Human Relations, Social Interaction and Dialogue with the Landscape' as the theme of our contribution to the #BiennaleSessions in which Chilean architect Claudio Molina Camacho will be in conversation with James Taylor-Foster of the Nordic Pavilion. 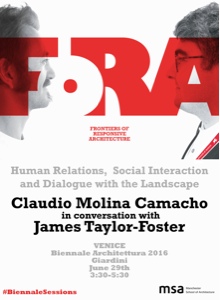 Reporting 'REPORTING FROM THE FRONT'


REPORTING FROM THE FRONT Alejandro Aravena's theme as Director of the Venice Architecture Biennale 2016 offers a wide open opportunity for architects, academics and critics to present and debate contemporary architecture and urbanism with a particular emphasis on the borderlines of professional activity and its interactions with different social groups. Aravena's call has been met in many diverse ways in the exhibitions which, if lacking the coherence of the last Biennale directed by Rem Koolhaas, offer a spectrum of approaches which the globalising urban world might require. The displays at the Giardini and the Arsenale both balance national contributions with selected participations which demonstrate specific techniques or projects that push the envelope of the status quo, be that politically, socially or technologically.

Highlights at the Giardini include Germany's 'open door' responding to the refugee crisis, France's elegant 'savoir faire', Belgium's sidelong look at construction and Poland's advocacy regarding construction workers' rights. Closer to the Biennale's home the Venetian Pavilion allows young architects to propose interventions in the post-industrial landscape of Marghera, including the appropriation of the siege strategy of 'poliorceticon' to reconquer an abandoned territory.

However the centrepiece exhibit in the main pavilion at the Giardini, a lattice like catenary brick vault by Solano Benitez / Gabinete de Arquitectura from Paraguay, is a stunningly beautiful demonstration of economy and elegance of means which (if this is not too incongruous to say) richly deserves its Golden Lion for Best Participant. It contrasts with other vaulted structures displayed at the Arsenale. Norman Foster Foundation presents a brick vaulted drone port for Rwanda intended for the delivery of medicines and supplies in remote areas, while ETH Zurich display a digitally fabricated stone vault quarried in Texas and transported to Venice to wow the global architectural audience. This structure is a great spectacle but one wonders, in the specific environmental context of this Biennale, about the carbon footprint of such procedures given the abundant availability of stone in Switzerland and the Veneto. Floating much more lightly on the earth, quite literally, is the replica of the Makoko Floating School from Lagos by NLÉ which appears much more aligned with the spirit of Aravena's theme and is moored in the Arsenale's basin. An engaging lightness of touch is a characteristic shared, despite the geographic distance, between the Chilean and Nordic Pavilions.

At the Arsenale the dramatic nature of the extended sequence of the Corderie is exploited for good and ill, with a beautiful and playful demonstration of the wonders of light which immediately engages visitors, and a slightly terrifying totalitarian model of a project for the Skolkovo Innovation Centre in Moscow which echoes uncomfortably with the more ironic display in the Russian Pavilion at the Giardini of the Stalinist VDNKh pleasure grounds presented in a mesmerising kaleidoscopic projection.

Outside the principal venues at the Giardini and the Arsenale, many countries have their chance to raise their architectural profile. Liechtenstein hosted a very well attended educational symposium, and when turning a corner near Campo Santo Stefano on can encounter a champagne reception hosted by Luxembourg, or a small rave hosted by Montenegro. But in many respects the most touching element in the whole of the Biennale is the Portuguese exhibition on the Giudecca and entitled 'Where Alvaro meets Aldo'. It neatly commemorates the fiftieth anniversary of the publication of Aldo Rossi's 'The Architecture of the City' in 1966 and Alvaro Siza's longstanding involvement with him and others of the School of Venice, and in the collaborative design of social housing in the Campo di Marte project. The exhibition occupies the unfinished ground floor of a block by Siza and features models and drawings of that project and three of his other housing schemes in Porto, The Hague and Berlin. Films of Siza visiting the residents of each project, discussing their successes and failures are an eloquent commentary on the fact that the engagement of architects with social and political issues treads a very thin line between optimism and disappointment, and neither is it only a recent phenomenon.


MA A+U will be hosting their annual symposium entitled FRONTIERS OF RESPONSIVE ARCHITECTURE as part of the Biennale Sessions on 29 June 2016 - information at https://fora2016.wordpress.com/ 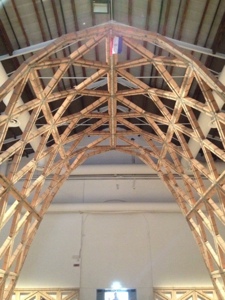 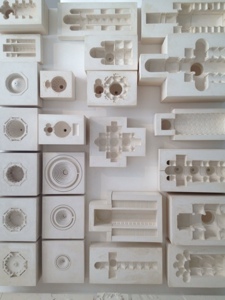 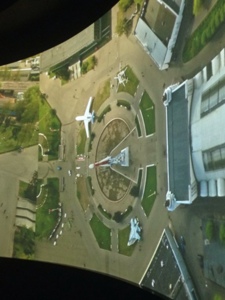