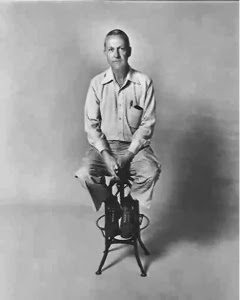 The Image of the City is one of the most representative works of Kevin Lynch. “It is a book about the look of cities, and whether this look is of any importance, and whether it can be changed”. Lynch revealed a new approach of how to analyse and improve the visual forms of cities, which is still widely used in urban design studies nowadays.

The book has a clear structure with a straightforward topic. In the first section, new concepts of legibility and imageability are presented to lay the theoretical foundation of the entire book. Followed by that, Lynch introduced three cities as examples to reveal his outcomes of field reconnaissance, and then made comparisons between each other. In the third section, five elements and their interrelationships are summarized from previous researches which act as the core content of the book. Afterward, specific design processes and approaches are demonstrated in order to achieve strong and continuous imageability in cities and even larger metropolitan scales. Lynch pointed out the form of the metropolis is a sophisticated system rather than a static hierarchy. At last, research methodologies are presented in appendices for the readers’ reference.

In Lynch’s view, image can be explained as “a picture especially in the mind”, a sentimental combination between objective city image and subjective human thoughts. The productions of environment images are influenced by a two-way process between the observer and the observed. The observer, with great adaptability and in the light of his own purposes, selects, organizes, and endows with meaning what he/she sees. Therefore, the specific image can be totally different from the different perspective of observers, just like there are a thousand Hamlets in one thousand people’s eyes.

A well designed environment image will improve the sense of security for people and set up a harmonious relationship between the outer world and themselves. Environmental images may be analyzed into three components: identity, structure and meaning. First of all, identity defines the identification of an object which implies its distinction from other things. Second, the image must include the spatial or pattern relationship of the object to the observer and to other objects. Finally, this object must have some meaning for the observer, whether practical or emotional. A highly imageable city should be well formed, distinct and remarkable, even daily lives of people can also be redefined and given brand new meanings. 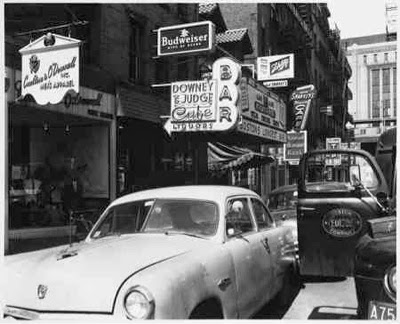 In the next chapter, three totally different cities are presented to explain Lynch’s theory. As for methodology, on the one hand, he explored the city with field research and demonstrated the image condition through unique maps. Along with this, questionnaires and interviews were given to citizens to evoke their own images of the physical environment. In my opinion, Boston represents the so called European style cities with a long history and rich culture, while this thematic vividness is typically associated with formlessness or confusing arrangements. As for Jersey City, the comment is completely negative. There is nothing but a complete confusion of an uncoordinated street system, with formlessness of space and heterogeneity of structure that mark the blighted areas of America. Los Angeles, on the contrary, is the example of newly developed cities in America, its straightforward roads and undifferentiated grid patterns are also the general models of almost all the newly-built cities in developing countries. However, except by minute attention to the distant background, it would be hard to distinguish L.A. from the centres of many other cities.

Paths are the dominant elements in urban space. Typical spatial characters, unique façade decorations are both helpful to strengthen the image of particular path. First and foremost, a path must be identifiable, and then followed by its continuity. Moreover, paths with clear and well-known origins and destinations have stronger identities and help tie the city together. After the directional qualities are determined, the next step is to consider the scale characters of paths. A series of nodes and landmarks are the most common way to achieve it. In general, it is impossible to create a clear city image while its paths remain confused and disordered.

Edges are boundaries which separate two districts with visually predominant and continuous form. While continuity and visibility are crucial, strong edges are not necessarily impenetrable. Many edges should be defined as unity seams rather than isolating barriers, some of them are often paths like highways and rivers which become effective orientation elements as well. 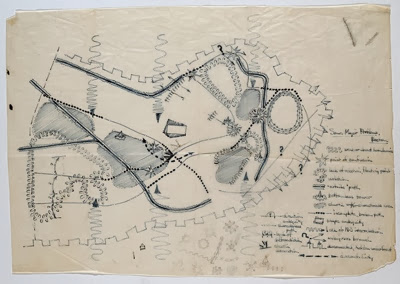 Districts are relatively large city areas with common characters which observers can mentally go inside of. The physical characteristics that determine districts are thematic continuities which may consist of an endless variety of components: texture, space, form, detail, symbol and so on. These components are imaged and recognized in a characteristic cluster in order to establish a striking contrast. Besides, a certain reinforcement of clues is needed to produce a strong image of an entire district.

Nodes are strategic foci which observers can enter, which are not only small points but also squares, linear shapes and central districts etc. Basically, there are two types of nodes: junctions of path and concentrations of characteristics. A successful node should have unique features inside, and intensify some surrounding characters as well.

Landmarks are reference points external to observers, which can be defined as simple physical elements may vary widely in scale. Singularity is the key physical characteristic of landmarks, creating spatial predominance through contrast with surrounding elements, making them unique or memorable in urban context.

After all, these elements can not exist individually, they must act together as a whole to reveal an integrated city image. It is a total orchestration of these elements which combine together as a vivid and dense image. Districts can be constructed by nodes, defined by edges, penetrated by paths and dominated by landmarks. Such combinations may reinforce one another, resonate so that they enhance each other’s power, or they may conflict and destroy themselves.

The image of cities is a dynamic and ever-changing object, it may differ not only by scale, but also by viewpoint, time and season. Moreover, observers are able to select, remove, and increase elements to organize their own city image either. Therefore, what we are pursuing is an open and ever-developing image rather than a fixed one-way outcome to describe city.

Nowadays, cities are growing larger and larger, but their form will not be a simple gigantic and stratified order. Instead, it will be a complicated pattern, continuous, complex and mobile. It must be plastic to the perceptual habits of thousands of citizens, open-ended to change of function and meaning, receptive to the formation of new imagery. What is more, we need an environment which is not simply well organized, but poetic and symbolic as well.

Above all, cities have specific spatial structure just like architecture, but in an enormous scale, which will take us a much longer time to perceive and understand. Urban design can be regarded as an art of time, but it differs from other time-based arts such as music. The regulations of urban design are overturned, interrupted and even abandoned with different circumstances and different people. This book is about the image of a city, about its importance, its variety and how citizens react to it. Lynch summarized the basic elements of the image and revealed an approach of how to improve it. Besides, this is also a milestone work which provides us a new perspective to read the cities we live in. From here on, subjective views of citizens and their opinions are introduced into urban design. In many ways, this book is a masterpiece highly recommendable to all architecture and urban design students. 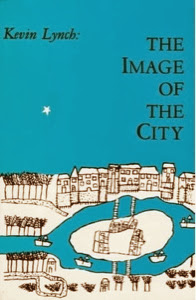 Posted by EAMONN CANNIFFE at 11:46