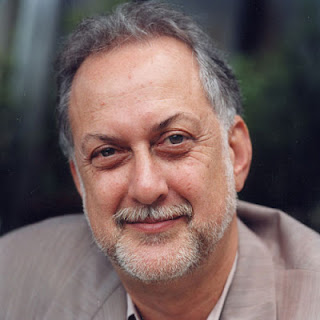 Michael Sorkin was born 1948, in Washington, D.C. He is a Distinguished Professor of Architecture and has taught at numerous schools including the Academy of Fine Arts in Vienna, the Architectural Association, Yale and Harvard. He is currently Director of the Graduate Urban Design Program at the City College of New York, but still lectures around the world and has written several hundred articles in a wide range of both professional and general publications. Sorkin is also the Chair of the New York Institute for Urban Design, a non-profit organization that provides a forum for debate about contemporary urban planning, development and design. Moreover, he runs his own practice Michael Sorkin Studio.

Sorkin's latest publication 'All Over the Map' is a chronological collection of 76 medium length articles written between 2000 and 2009. The majority of articles were originally published either in Architectural Record, Sorkin's 2003 book 'Starting from Zero' or Harvard Design Magazine. Most chapters take the form of essays, but there are a few exceptions. One chapter provides a diagrammatical analysis of the Pritzker prize winners and juries. Another is a 62 point instruction on how to enter a building, Sorkin's satirical commentary on increased building security. There are hardly any images, and the few times Sorkin presents his own work it is always in the form of a drawing. The book presents no photographs of any finished projects.

Sorkin's style of writing is frank and to the point. He is strongly opinionated and things are either black or white. People are good or bad. He either hates or loves them, and he is not scared of making his opinion known. As he writes in his own introduction; 'I've bitten quite a few hands, many of which, it turned out, might otherwise have been feeding me. Nevertheless, architectural flesh always proved tasty to me, and the urge to chomp has continued.' A consequence of this subjective style of writing is the blurring of boundaries between objective fact and subjective opinion, demanding a critical approach to his work.

Although the content of the 76 chapters is very diverse, some overarching themes are identifiable. These include the importance of public realm and the social implications of architecture, mainly in relation to Ground Zero, security and the right to freely assemble, his dislike of Philip Johnson and Rem Koolhaas (who seems to be nothing but his arch enemy) and his love for Jane Jacobs.

Sorkin dedicates the majority of his writing to the controversies surrounding 9/11 and the Ground Zero design process. Since he lives and works near Ground Zero, he was personally affected by the attacks and tells stories about how he took long detours around imagined threats. The chronological articles provide a constantly developing account of the design competitions. Controversies surrounding the decision makers are carefully analysed, leading Sorkin to ask who truly decides what is to be built; the competition jury, the general public or Larry Silverstein.

Sorkin analyses a number of proposals for Ground Zero, but spends little time debating the actual designs of the buildings. Instead, he questions the very idea that new buildings must replace the lost ones. Furthermore, he observes a problematic lack of suitable space dedicated to assembly in New York and emphasises that the situation has worsened after the 9/11 attacks. His own proposal for Ground Zero, Liberty Square, is therefore simply an open public space encouraging peaceable assembly.

Sorkin goes on to include Johnson in an imaginary story prompted by Philip Roth's novel 'The Plot Against America'. Roth describes how Charles Lindbergh becomes a pro-Nazi president in 1940, and Sorkin subsequently imagines Johnson embracing the regime. In a plot including Henry Ford and Walt Disney, Johnson designs Disneyfied, remote identical towns for Jews and black people, all mass-produced on Ford's famous assembly line. This particular essay was originally published in Emmanuel Petit's 2009 book 'Philip Johnson: The Constancy of Change', considered the first in-depth study to follow Johnson's death. This publication potentially makes Sorkin’s essay an ironic tribute to Johnson, rather than an offensive critique.

If Philip Johnson is Sorkin's villain, Jane Jacob's is his hero. He argues that her success originated from knowing both what she was attacking and what she was defending. Jacobs' ability to understand and describe the interaction of the social and physical components vital for rich community life has deeply influenced Sorkin's writings. He references her book 'The Death and Life of Great American Cities' on a regular basis, especially in connection with the redevelopment of Ground Zero. He demonstrates how numerous redevelopment projects evoke Jane Jacobs’ principles; the importance of the street and its life, the advantages of short blocks, the need for density and a mix of uses. He describes how her principles are crudely simplified and distorted to suit the developers' own needs. The more genuine spirit of Jane Jacobs, he argues, is therefore found in the opposition to these projects.

The last chapter, entitled ‘Eutopia Now!’ was originally published in Harvard Design Magazine. It examines the development of utopia in city planning from Plato to contemporary Science Fiction via Joseph Stalin and Karl Mannheim. The latter describes planning as the “rational mastery of the irrational”, a description Sorkin believes also applies to psychoanalysis. Dreams, therefore, are similar to cities in that they are constructed from the concrete, but the familiar is constantly changing from our interaction with it.

Jane Jacobs’ version of utopia is introduced to this chapter through Patrick Geddes’s urbanisation of Jean-Baptiste Lamarck’s theory of evolution. Social heritage, Gedde claims, could be passed down through generations; envisioning the future cannot be done without accounting for its past-in-present. Jacob’s utopianism, builds on Gedde’s theory. She bases her argument on two components. The first component implies that the good city must be a self-organising system. The second, morphological, component is her prescriptive utopia of form, with origins from Greenwich Village. Sorkin does not consider this pre-existing element of Jacob’s utopian model as a problem, despite previous objections to realisation of utopian ideas. Instead, he says, her nostalgia is a kind of utopia in itself.

Concluding the chapter is Sorkin's own manifesto, a 12 point guide listing the qualities of Eutopian Cities. Heavily influenced by Jacobs and Ebenezer Howard, he argues for equitable, body-based, diverse cities where social interaction, accessibility and sustainability are in focus. Sorkin makes the important distinction between U-topia (ideal place) and EU-topia (better place) arguably due to the tainted history of utopian architectural ideas previously discussed in the chapter. The ethos of his manifesto is present throughout the entire book and ties its diverse content together to an organised whole. 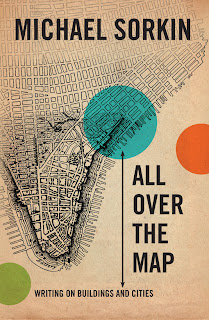 Posted by EAMONN CANNIFFE at 05:59