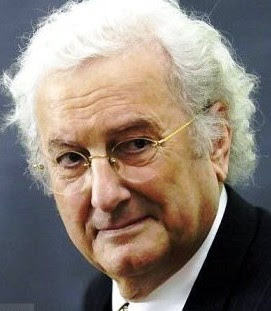 Introduction
The author of the Urban Space, Robert Krier was born in 1938 in Luxemburg. He ranks as one of the most influential urban planners and architects of post modernism. As it is also clear in his book ‘Urban Space’, he has always taken the historic repertoire seriously. For him, continuity and aestheticism are ways of reviving what he regards as the art of architecture that lost its way in modernism. The aim of the book ‘Urban Space’ is to search how the traditional understanding of urban space has been lost within the modern cities. By explaining the terms of urban space and its structure, he has examined whether the concept of urban space retains some validity in contemporary town planning and on what grounds.

Chapter 1 analyzes the typological and morphological elements of the urban space. The term ‘urban space’ can be simply described as external space in town. It is seen as open, unobstructed space for movement in the open air, with public, semi public and private zones. Furthermore, the ‘concept of urban space’ is to designate all types of space between buildings in towns and other localities as urban space. If we take the aesthetic criteria into consideration, every urban space has been organized according to its socio-political and cultural attitudes.

Urban space has been structured in similar laws to interior space. For example, in the category of interior space, we would be talking about the corridor and the room. Similarly, square and the street are the basic elements of the urban space. The only difference is the dimensions of walls which bound them and by the patterns of function and circulation which characterise them. In brief descriptions, square is produced by the grouping of houses around an open space and the street is a product of the spread of a settlement once houses have been built along the available space.
The Arrangement of Krier’s Typology for Urban Space
The spatial forms of urban space derive from the three basic geometric shapes: (square, circle and triangle). These three shapes are affected by modulating factors which are angling, segmentation, addition, merging, overlapping and distortion. These factors can produce regular and irregular results on all three spatial types. In addition, the large number of building sections influences the quality of the space at all these stages of modulation. Moreover, space that is completely surrounded by buildings produces ‘closed’ space and the partially surrounded produces ‘open’ space. Finally, the differentiation of scale plays an enormous role in all spatial forms, such as the effect of various architectural styles on urban space.

The author gives various examples for a morphology of urban space within this chapter, there being an almost inexhaustible range of possible forms exists that are mostly from our historic town.

For example Hanover Square in London from the18th Century is an example for orthogonal regular ground plan with four central intersections. Piazza Navona in Rome is an example for a geometrically complex form. It is a combination of several spatial forms and many streets enter the square. Place Dauphine in Paris is a regular triangular square that is extremely rare in the history of town planning. These are usually formed by two roads forking. Although these forms are clearly obvious in town planning history, in our modern cities they are criminally neglected in the author's view.

Chapter 2 examines the erosion of urban space in the 20th century. The erosion of urban space is an ongoing process which has been with us for the last fifty years in the guise of technological progress. This era has started with the invention of new military technology. New weaponry neutralized the defensive systems of cities. Consequently, city walls were demolished and allowed armies to simply walk through the city. The need of protection had imposed a new discipline on every town: its construction, rebuilding and expansion. However, the colossal pressure for expansion of cities led planners over rapid decision making on town planning which has resulted with unstructured developments. Architecture was a low priority. Functional, constructional and capital concerns were being the most important issues of the day. Additionally, the influence of industrial building on the urban planning is another catastrophe. It leads to numerous misconceived developments which caused the impoverishment of present-day architecture. For example: The movements towards a purely functional or constructional orientation. The developing proposals of planners for new ideal cities during the 20th Century and 19th Century industrial building has taken away the control of the concept of urban space and architecture. Krier finalized this chapter by showing his illustrations to support his thesis that modern town planning dominates over the concept of urban space which has largely fallen into disuse.

From a distant view, the spatial continuum of a cohesive traditional urban structure can be compared to the barriers which channel pedestrian movement. If there is a gap in the barrier, it should cope with the shortcomings in the system of orientation. The spatial arrangement of the modern city is composed of forlorn and isolated sections of barrier, battered on all sides by every conceivable stream of activity and with no margin left for meaningful activity or orientation.

The aim of Chapter 3 is to understand the author’s viewpoint for redeveloping a city. Krier has suggested possible approaches to reconstruction for various parts of Stuttgart. The former coherent urban structure of Stuttgart was destroyed to a catastrophic extent during the Second World War. The heart of the city was broken up into a large number of small islands battered by waves of heavy traffic. In Rob Krier’s schemes for Stuttgart, he tried to win back downtown of the city for pedestrians, without excluding the car in the process. In practical terms, this means using redevelopment to weld together seamlessly the isolated areas at those critical points, whose significance for the pedestrian’s spatial awareness was eroded during the post war years because of costly civil engineering programmes. Particular attention is paid in these studies to restoring the continuity of spatial experience within an urban context. Additionally, he designed streets and squares for pedestrians, harmonised as closely as possible with the existing structure and showing the utmost consideration for the legacy of the past.

Conclusion
The book is very useful to understand the town planning achievements of the present and the past. It is also a well-structured book which gives an historical summary of town planning and how it has been a miserable failure in the contemporary town planning.

The following conclusion can be drawn from the review; the rush of rebuilding and the priority which is given to the traffic and to the other technologies rather than the people’s need resulted with scattered buildings with no proper spatial planning. This has proved the thesis of author that the traditional concept of urban space and its structure has been lost within modern cities. 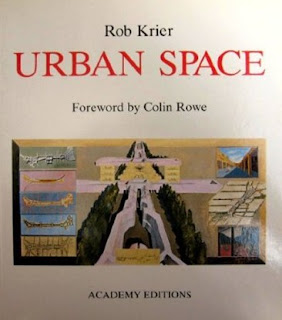 Posted by EAMONN CANNIFFE at 09:30